The southern Idleb countryside has witnessed an upsurge in attacks by the regime, with rebel groups in the area responding with motars reports Brocar Press. 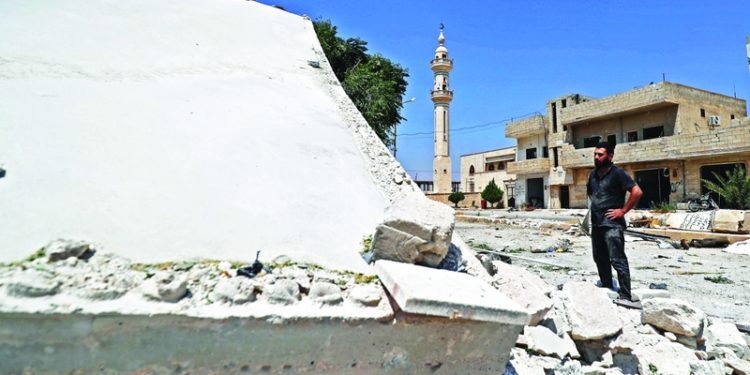 The Syrian regime stepped up its air and land bombardment of the southern Idleb countryside, while rebel units from the “Clear Victory” operations room responded by shelling regime positions in the Hama countryside.

Brocar Press’s correspondent in Idleb said that regime fighters had struck the towns of Rakaya and Kafr Sujana, northwest of the city of Khan Sheikhoun with five raids, without any information about casualties in the area.

The Clear Victory groups responded by striking regime positions in the towns of al-Raseef and al-Huwayz in the al-Ghab Plains with mortars, according to local sources.

Idleb’s southern countryside has witnessed relative calm after the ceasefire declared on Aug. 31, 2019,
which has been violated from time to time by regime escalations, especially in the area near the positions it recently took in Hama and Idleb.