Since the regime took control of Daraa, a number of fighter agreed to settlements, only to find themselves being arrested and put in prison reports Enab Baladi. 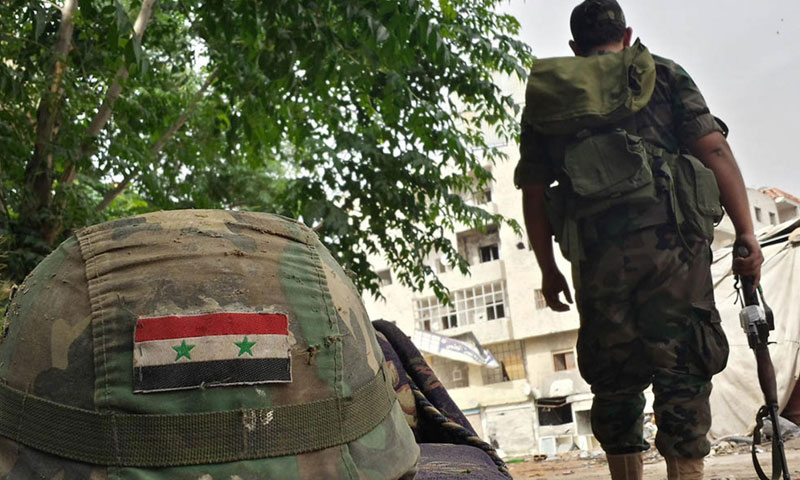 The Daraa Martyrs Documentation Office and the Syrian Center for Research and Statistics documented the Syrian regime arresting 142 army defectors who had handed themselves over as part of “settlements” and “reconciliations” over the last year.

The two rights groups issued a report on Thursday called “Defectors Under the Guillotine”, which they said they had worked on for about a year, taking Daraa province in southern Syria as the research area, due to the large number of defectors who had turned themselves over to regime forces.

According to the report, which Enab Baladi viewed, from the start of July 2018 until the end of August, regime forces arrested 142 defectors who had turned themselves over or who had been arrested after “settlements” and “reconciliations.”

Nine of those arrested had died during their time in detention, while nine others had subsequently been released.

According to the report, the largest number of prisoners had handed themselves over to the Military Police branch in the al-Qaboun area in Damascus province, numbering 36 people. Four of those who had died had been documented as having been seen in the Saydnaya military prison in the Damascus countryside.

The defectors’ arrests came despite an amnesty decree issued by the Syrian regime president, Bashar al-Assad, in October 2018, which issued a general amnesty to defectors from the army and those who fled compulsory and reserve service.