The stopping of support is set to have a massive effect on the number of children in Syria who are able to receive an education reports Enab Baladi. 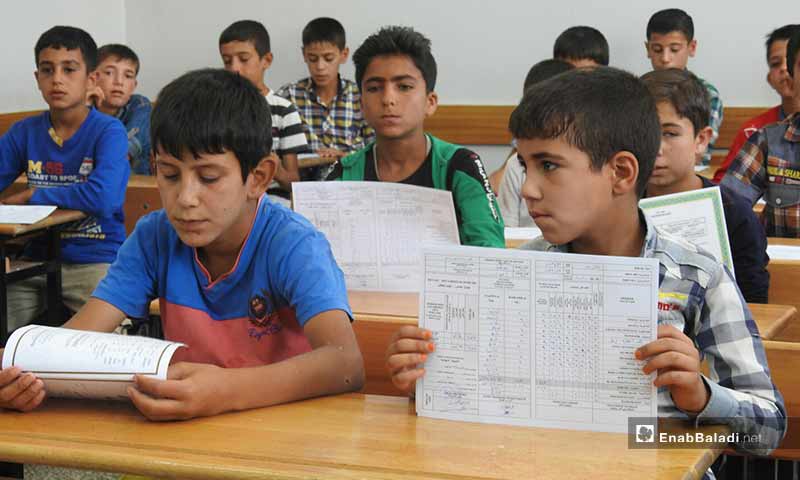 The Education Directorate in Aleppo has made teachers’ work in educational complexes “voluntary” after aid from the European Union was cut off.

The directorate issued a statement on Tuesday, saying that work in its schools and educational complexes would be voluntary work from the beginning of the 2019-2020 school year because support had been stopped and there had been no confirmation from donors regarding the matter.

It added that it would inform the schools if support was secured for any project from any body.

In September, the European Union stopped support for the Education Directorate, which had been allotted to paying teacher salaries.

The Director of the media office in the Idleb Education Directorate, Mustafa Hajj Ali, had previously told Enab Baladi that the European Union section in the Chemonics organization, which was in charge of delivering the education grant, had halted support.

Hajj added that the support from the European Union had been covering 65 percent of the salaries of teachers, who numbered more than 7,000.

The halting of support for the education sector in Idleb came at the start of the school year, along with the displacement of thousands of students from areas where they had been living, to more safe areas.

The Emergency Coordinators team said in a previous statement that, “support has been stopped for the Education Directorate in Idleb, Hama and Aleppo, which will end support for more than 840 schools. There are also fears of more than 350,000 students will not receive any education.”

It said that, “the number of educational facilities that have been destroyed during the recent military campaign number more than 115.” It warned all bodies against what it called “disastrous consequences” of stopping support.