The government has its own views of how the constitutional committee should work, RT says 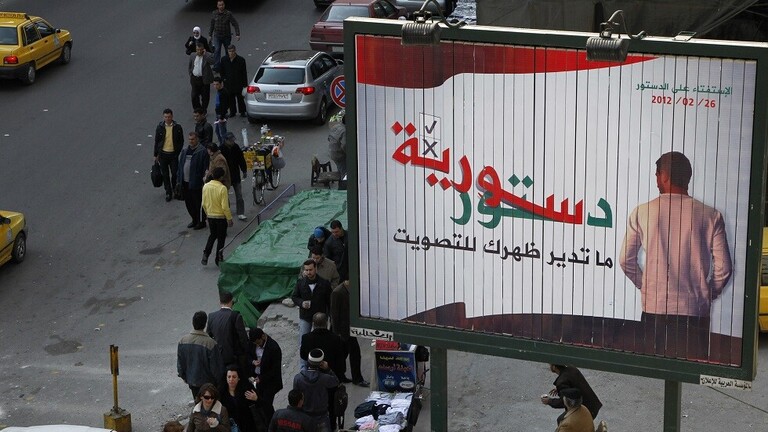 The source, who is close to decision-making circles in Damascus, said that Paragraph 19 of the first items agreed upon for the committee’s work, said that Damascus would ensure the safety of those participating in the committee from the other side in the meetings which will be held there.

The source said that it was expected that the first meeting would be held in Geneva on Oct. 30, and that the special envoy to Syria, Geir Pedersen, would officially announce this during his visit to Damascus expected next week.

The source said that the later meetings were “not yet clear” and that it was expected that “each time the small body of the committee would set the date of the next meeting and its duration and schedule.” The expanded committee composed of 150 members would only meet as needed. The presidency of the committee “would be shared between the government and opposition lists. Later a new structure approved by the committee would be agreed to represent the third bloc, through a secretary or other position.”

Regarding the results of the committee’s work, the source said:

– Any constitutional amendment would be put to a popular referendum, under the contents of Article 23 of the terms agreed upon for the committee’s work.

– The committee will be the one to set who will submit recommendations—whether the parliament or any other entity—and that the decision must enjoy the agreement of the Syrian state.

– Despite the lack of agreement to the starting point for discussion and which constitution, the members will begin discussion, but reviewing any constitution must take place within the previous Syrian constitutional experiences, in which all of them were Syrians.

– The mechanism for decision-making will be by approval and not consensus, and then what is decided will be put for a vote that will need 75 percent approval from the total members—that is 113 members out of 150.

– The small group will be composed of 45 members and will meet periodically according to its proposals and will discuss items and transfer them to voting. The decision-making mechanism will require the approval of 34 members.

With regard to the timeframe, Damascus said that Paragraph 21 explicitly states that the committee needs to work quickly, without foreign interference, and without a timeframe imposed from outside. This means that the timeframe for the committee is open, and not in six months as specified in Resolution 2254. This decision would therefore be mentioned in the items put forward in the framework for setting the mandate of the special envoy and specifying the process for developing a new constitution without those meeting having to adhere to a specific timeframe for their work.

Regarding the participation of the Kurds, Damascus said that “there was a major effort from the Kurds to communicate with Damascus, but the problem was that they did not keep their word, and therefore the committee will begin with names that were agreed upon without the participation of the so-called ‘Syrian Democratic Forces’ because this would mean recognizing them.”

Regarding the possibility that there is any pressure from allies on Damascus, especially Russia, to speed up the proceedings of the committee and to accept items, Damascus says, “We and Russia are in agreement on the general strategy even if we sometimes differ on tactics, and therefore there has been and will not be any pressure on Damascus to agree to something it is forced into.”