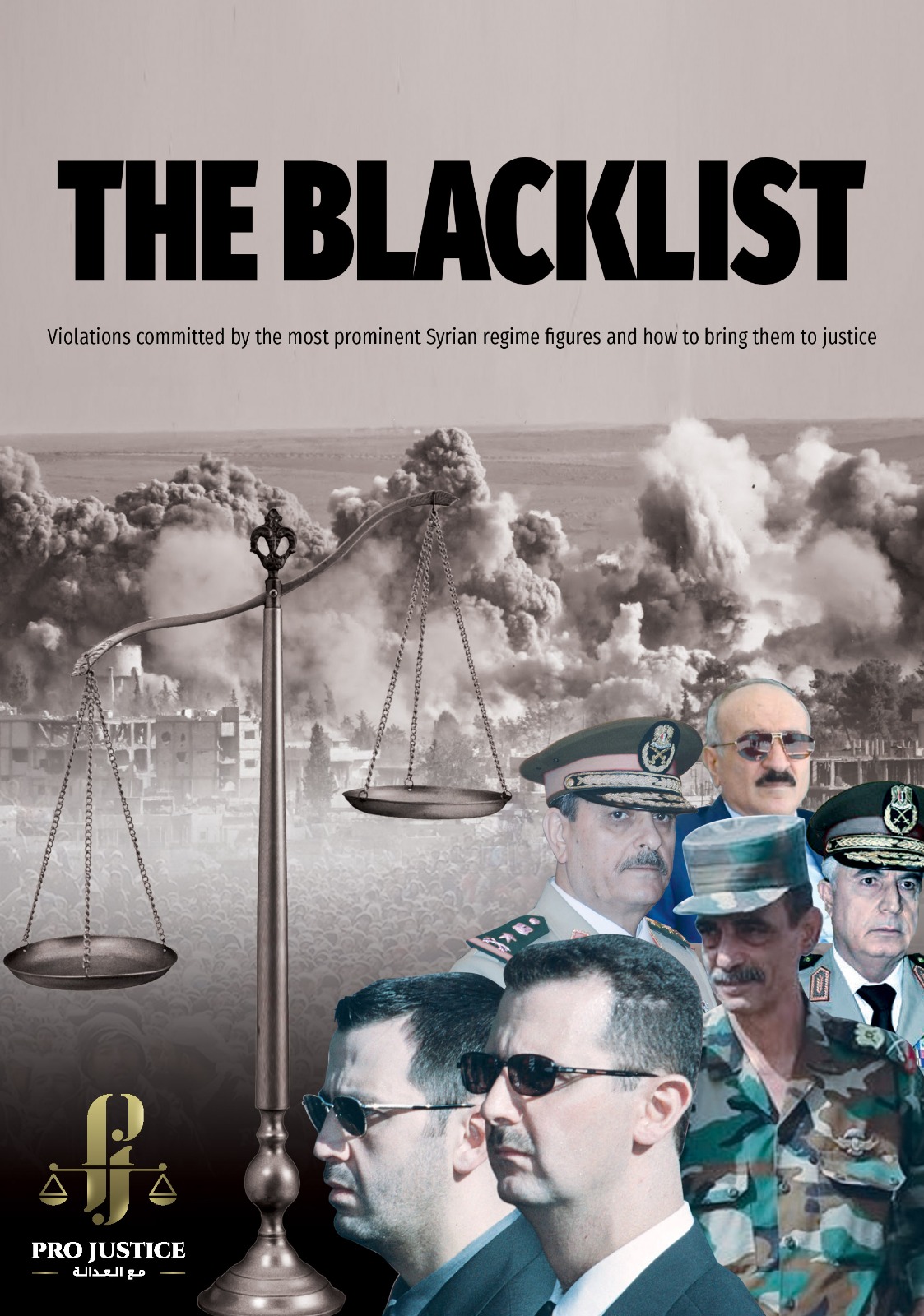 Pro-justice, a Syrian-led civil society organization that is focused on accountability and prevention of impunity for major perpetrators in Syria launched in Washington D.C. a volume entitled Blacklist: Violations Committed by the Most Prominent Regime Figures and How to bring them to Justice.

The event, which was launched in cooperation with the Middle East Institute (MEI), attracted about 100 people, including journalists, academics, diplomat and others who are interested in justice in Syria.

A panel of experts delved into prospects for promoting transitional justice and accountability in Syria as part of any post-conflict scenario.

Blacklist is a volume where readers can find information and data about the main regime crime perpetrators in the past 8 years. The book identifies and provides detailed information on nearly 100 individuals accused of committing war crimes and crimes against humanity in Syria over the past eight years. The book also sheds light on the crimes themselves and outlines potential political and judicial avenues available to bring the perpetrators to justice.

Three experts spoke in the event: Wael Sawah, the president and director of Pro-Justice and editor-in-chief of The Syrian Observer; Anne Barnard, a New York Times journalist who authored Inside Syria’s Secret Torture Prisons: How Bashar al-Assad Crushed Dissent, a detailed report on the Syrian government’s sprawling system of secret prisons, through which hundreds of thousands of people have passed since the Syrian uprising began in 2011; and Charles Lister, a senior fellow and director of the Countering Terrorism and Extremism program at the Middle East Institute.

The panel was moderated by Joyce Karam, the Washington correspondent for The National and an adjunct professor at George Washington University’s School of Political Science.

Wael al-Sawah said in his remarks that “if we are to seek a sustained peace in Syria, we cannot brush aside the issue of accountability.”

The book will be a guideline for prosecutors, attorneys, journalists, and researchers who seek to see who is who in the Syrian crisis, he added.

Joyce Karam, a Middle East expert in Washington said: “We have integrated files on Syrian figures and leaders of the Damascus regime who have committed and continue to commit atrocities, war crimes, torture and the dismemberment of detained members.”