Hayat Tahrir al-Sham is fearing a potential attack from the opposition, while facing growing discontent and defections within its ranks, Al Modon says 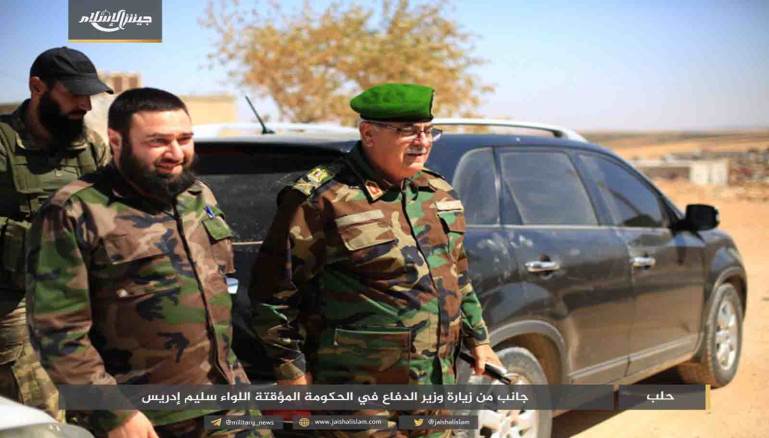 Hayyat Tahrir al-Sham is for the first time witnessing an internal split in its ranks as groups and figures and marginalized segments align against the leadership’s policies. At the same time, the group is facing more exposure and erosion from defectors, commanders and administrators being pursued by its security agencies. This is the first time the group has sensed danger and that it faces a decisive confrontation that appears to be coming soon.

Rather than carry out internal reforms to respond to the opposing voices and the demands for these reforms, the organization has tightened its grip and has stepped up support for its armed, highly trained and loyal units. The leadership has bolstered its powers and those of administrators close to it, rather than distributing power and positions. It has begun measures to prepare for any confrontation or for defections.

Tahrir al-Sham has begun to fortify its positions in the northwestern Aleppo countryside and northern Idleb in direct contact with the Afrin region, which is controlled by the factions affiliated to the “National Army.” It has moved dozens of its fighters from the Jaysh al-Badiyeh, deployed in the eastern Idleb countryside, to the areas bordering opposition areas over the last few days. It appears the Tahrir al-Sham is afraid of a possible confrontation with the opposition.

Tahrir al-Sham’s reinforcements, mobilizations and fortifications coincided with the tour carried out by the Defense Minister in the Interim Government, Salim Idriss, in the Euphrates Shield and Olive Branch regions in the Aleppo countryside. Idriss’s tour included visits to the Al-Mutassim Division, Jaysh al-Islam, the Levant Front and the Sultan Murad Division, as well as other units.
It also coincided with a surprise from the director of the political office in the Al-Mutassim Division, Mustafa Sayjari, who called on Turkey and the United States to support opposition groups in carrying out a military operation to eradicate Tahrir al-Sham, which he called a proxy of Iran in Idleb.

Tahrir al-Sham said that Idriss’s tour and Sayjari’s statements were dangerous, and accused them of treachery and of calling on foreign powers against the mujahideen. Jihadist figures opposed to Tahrir al-Sham circulated reports of a potential military operation that could be backed by Turkey against Tahrir al-Sham if it does not comply with orders to withdraw from the de-escalation zone.