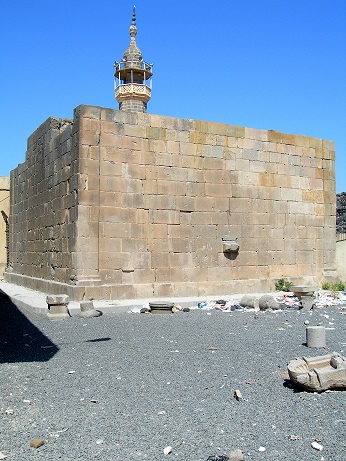 A member of Syrian regime forces was killed on Wednesday in clashes with militants in the city of al-Sanamayn in the Daraa province in southern Syria.

Local sources told Smart News that Mustafa Mohamed al-Abbas was killed in clashes between the National Defense Militias—to which he belonged—and the military security of regime forces on one side and unidentified militants on the other. The reasons for the clash were unclear.

The sources said that the clashes lasted from Tuesday night until the early hours of Wednesday morning in the northern district of Sanamayn, which is controlled by the former military commander Walid al-Zahra.

Zahra had been a commander in Ahrar al-Sham and had then joined the Islamic Liberation Party and after that worked as a judge with the Islamic State organization. After the regime took full control over the province, he concluded a “settlement” with them.

Regime forces in mid-May blockaded Sanamayn for eight days after its fighters were shot at during a raid carried out by security forces. Some of these fighters were killed and two wounded.