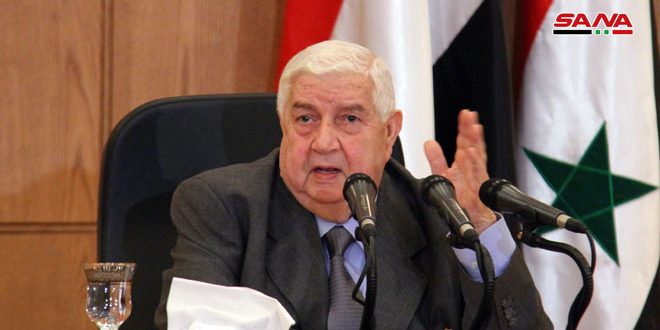 The Syrian Arab Republic is due to participate in the 74th session of the United Nations General Assembly in New York.

Deputy Prime Minister, Foreign and Expatriates Minister Walid al-Moallem, who heads Syria’s official delegation, will deliver the statement of the Syrian Arab Republic before the UN General Assembly on Saturday 28 September, which will include Syria’s position on various issues and developments related to the situation in Syria and the region.

Minister Al-Moallem will hold several bilateral meetings with a number of officials and foreign ministers.

He will also meet the UN Secretary General and participate in a number of activities and events that will be held within the framework of the General Assembly.