The Italian Parliamentary delegation continues its visit to Damascus and meets with the Prime Minister, state news agency Sana writes 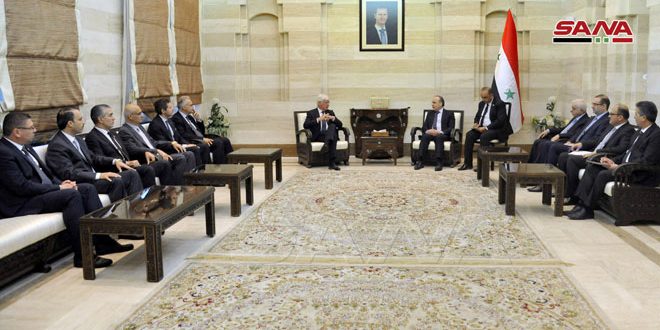 During the meeting, Khamis underlined the importance of the role played by European public opinion leaders in relaying facts about Syria and the effects of sanctions on the Syrian people.

He also briefed the delegation on the economic situation and the government’s efforts to provide citizens’ needs in light of the sanctions imposed on Syria, as well as reviewing the government’s plan for rebuilding Syria after the war and returning displaced people to their homes.

For their part, the delegation members said that what they witnessed firsthand on the ground is different from what is depicted by Western media, calling on Western states to reconsider their policies and sanctions which affect the Syrians’ living conditions.