There are 3.6 million Syrians living in Turkey, but the Turkish president has said that 3 million of them could move into the 'safe zone' in northern Syria writes Anadolu News Agency. 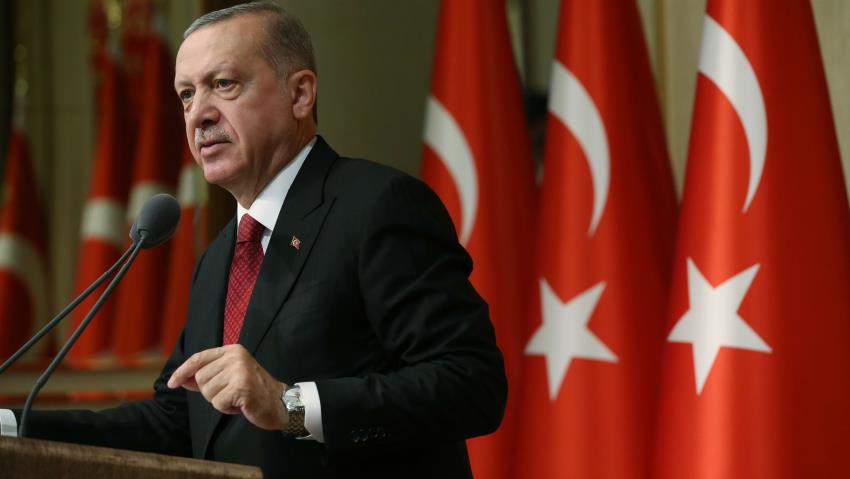 Turkey’s President Recep Tayyip Erdogan claimed on Wednesday that up to 3 million Syrian refugees currently living in his country could be returned to a “safe zone” he is seeking to establish in northern Syria.

More than 3.6 million Syrians refugees live in Turkey, the highest number in the world.

After eight years of war in Syria, tensions have grown over the continued presence of refugees in Turkey.

That dream may soon be realised, with Washington and Ankara last month agreeing to work together towards building a “safe zone” in northeastern Syria.

While the exact depth and length of that zone are yet to be agreed upon, Turkey has said it wants to use the area as a “peace corridor” where Syrian refugees living in Turkey can be returned.

In previous statements, Erdogan has said one million Syrians could be moved to the “safe zone” and has even pledged to build new homes for refugees there.

“We will be able to house, depending on the depth of the safe zone, betwee two and three million Syrian refugees that are currently in Turkey and Europe,” Erdogan said in a televised speech on Wednesday.

The president, facing recent opinion polls that indicate a majority of Turkish citizens oppose the presence of Syrian refugees, has said a buffer zone spreading across northern Syria could allow more than 3 million refugees tobe returned.

He called for “much greater support” from Europe in realising the plan.

Erdogan earlier this month threatened to “open the doors” and allow Syrian refugees to travel to Europe if the West refused to support Turkey’s ambitions for the “safe zone”.

The president has also repeatedly threatened to launch a military operation against the YPG and unilaterally implement the buffer zone if its fighters are not pushed back from the border by the end of this month.

“As we’ve said, if we don’t see results in the next two weeks, we will activate our plan,” he said on Wednesday.

Ankara says US promises to push the YPG back from the Turkish border have so far been “cosmetic”.

Turkey has twice launched unilateral operations into Syria against the YPG and Islamic State group, in 2016 and 2018.