Despite repeated warnings from the US, a large delegation of businessmen from the UAE is attending the Damascus International Fair reports Syria TV. 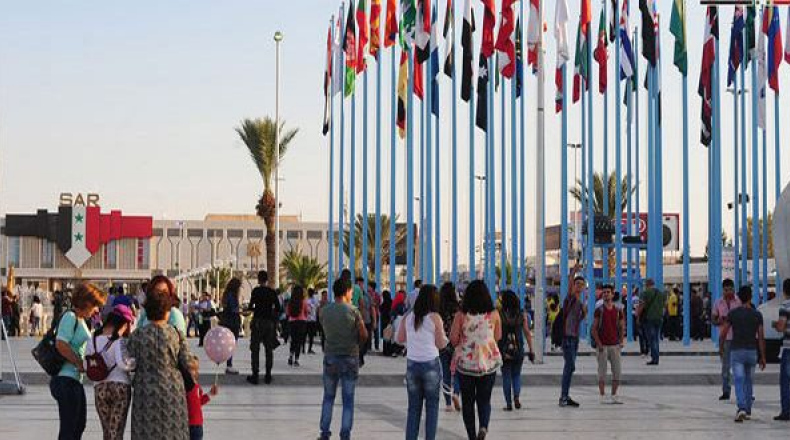 Pro-Assad regime media said that the United Arab Emirates sent a commercial delegation to take part in the Damascus International Fair, while Washington renewed its warning that sanctions could affect participants.

The Al-Watan newspaper, which is close to the regime, on Wednesday quoted an unnamed official source in the Ministry of Economy and Foreign Trade as saying that a “large delegation” of Emirati businessmen had arrived in Damascus to take part in the fair.

The newspaper said that the delegation met with the regime’s Economy Minister, Samer al-Khalil, and, “discussed means of strengthening economic cooperation and commercial exchange between the two countries.”

Two day earlier, the Russian Sputnik agency quoted a source in the General Exhibitions Corporation in Damascus that the Emirati delegation included a number of “bright” Emirati names from the finance and business fields and heads of property development companies and commercial groups, two general managers, and members of the chambers of commerce in Abu Dhabi, Fujairah, Ras al-Khaimah, Ajman, Sharjah and Umm Al Quwain.

Sputnik’s sources said that the members of the Emirati delegation including Hamid Mohamed al-Ali, the general secretary of the federation of chambers of commerce in the Emirates; Abdullah Sultan al-Oweis, Vice President of the federation of chambers of commerce and industry; Nasser Mohamed al-Noweis, president of the Rotana group; Abdullah Mohamed al-Suwaidi , director of the Bin Desmal holding company; Aref Ismail Khouri, head of Reportage properties, and others.

Meanwhile, the American embassy renewed its warning to companies and individuals taking part in the conference, threatening them with sanctions.

The embassy said on Twitter on Tuesday, “We have received reports that some regional businessmen or chambers of commerce plan to participate in the #Damascus international trade fair. We reiterate our warning that anyone doing business with the Assad regime or its associates is exposing themselves to the possibility of US sanctions.”