The center of al-Qahtanyia town in Hassakeh’s northern countryside has been rocked by a car bomb that killed a number of civilians and caused material damage reports The Syria Times. 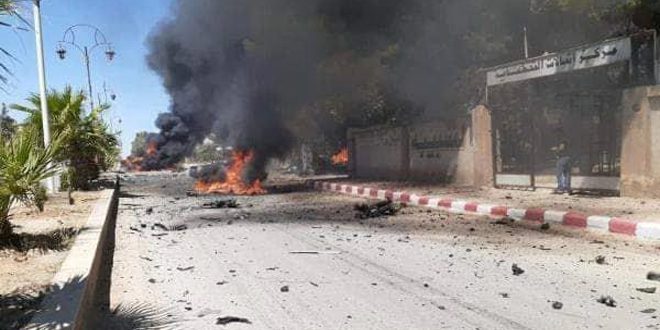 A number of civilians were martyred when a car bomb exploded in the center of al-Qahtanyia town in Hassakeh’s northern countryside.

Terrorists detonated a car bomb that was parked near a telecommunication center in al-Qahtanyia town, about 30 km to the east of Qamishli City, killing a number of people including three children, in addition to causing material damage and destruction to one of the sides of the center’s building.

On Aug. 4, 2019, four people, including a child were injured in two terrorist bombings with two motorcycles in the neighborhoods of al-Mushairfa and al-Nashwa al-Gharbyia in Hassakeh City.