The Arab-Italian Chamber of Commerce were called up to take part in the upcoming Damascus International Fair reports The Syria Times. 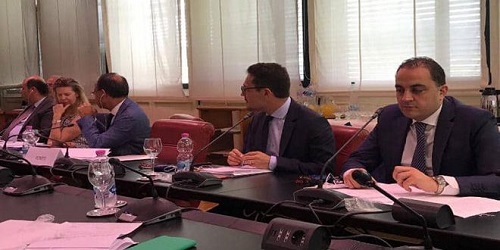 During a meetings of the Board of Directors and the General Assembly of the Chamber, and the Arab-Italian Chamber of Commerce (AICC) with the participation of Syria, discussions about the development of trade exchange and economic cooperation between Italy and the Arab Chambers of Commerce were held.

The head of the Chamber of Commerce for Damascus Countryside, who is a representative of the Federation of Syrian Chambers of Commerce in the meeting, Waseem al-Qattan, expressed hope for the restoration of Syrian products in Europe in general and in Italy in particular and that the next phase will see real increases in the level of cooperation at all levels of trade and economic investment, calling the members of the AICC to participate in the Damascus International Fair.

In October, the Damascus Chamber of Commerce participated in the meetings for the Board of Directors and General Assembly of the Arab-Italian Chamber and the Forum of Economic Cooperation between the Arab States and Italy in Rome.