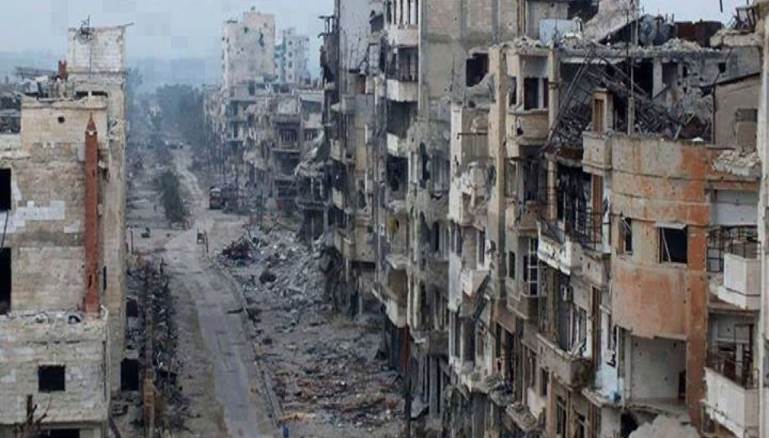 Two days ago, the head of the National Security Bureau, Ali Mamlouk, held a meeting with security figures and representatives of the city of Moadamyet al-Sham to inform them of new developments in their city.

The meeting, which was held in the National Security Bureau in Damascus at Mamlouk’s request, was attended by the security official for Moadamyet al-Sham, Col. Yasser Salhib, from the Fourth Division staff, as well as a committee of city residents that included political and military figures, including members of the prior negotiations committees and the settlement process coordinator, and the head of the municipal council, according to the Sowt al-Asima network.

The transfer of the Moadamyet al-Sham issue comes in coordination with the promotion of the head of the Security Bureau in the Fourth Division, Col. Ghassan Bilal, who was awarded the honorary title of major general, but also made to retire, a fact that was not made public.

Mamlouk said that regime forces had resolved to withdraw all the Fourth Division checkpoints and National Defense militias from the city’s fronts, and keep the Air Force Intelligence checkpoint in front of the al-Sumeriyeh Bus Station.

Mamlouk said that it was possible to look into the matter of prisoners arrested after 2014, but that prisoners from before that date could not be discussed at all, saying that the issue of prisoners was not easy and had major political dimensions.

The Fourth Division has been handling security matters for Moadamyet al-Sham in the western Damascus countryside for about five years, including the “settlements” and the return of refugees from Lebanon and Jordan, and closing the matter of military defectors from the city and joining them into its “Ghaith Forces,” who are affiliated to the Fourth Division, at the start of 2019 with help from the Air Force Intelligence stationed at the city’s entrance, which makes citizens obtain security permissions to enter and exit the city.