The Turkish Interior Minister has said that Syrians have been able to return due to the successes of Operation Euphrates Shield and Olive Branch reports Asharq al-Awsat. 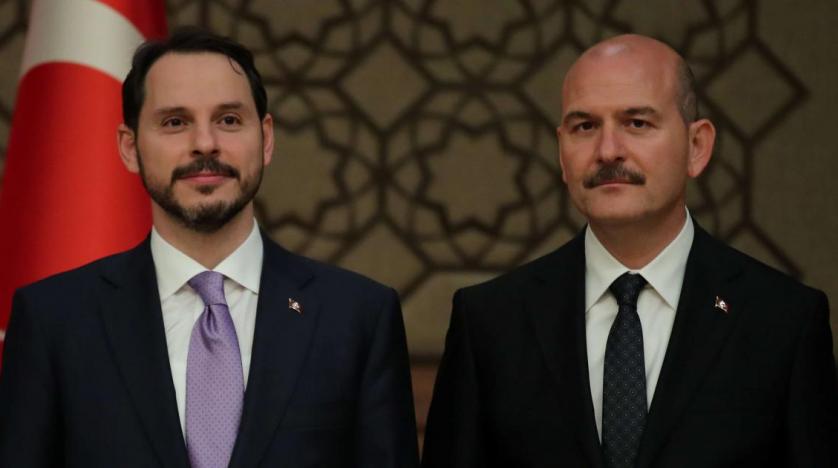 On Sunday, the Turkish Interior Minister, Suleyman Soylu, said 329,000 Syrians have returned from Turkey since the end of the operations carried out by Turkey and pro-Syrian factions, including the Free Syrian Army (FSA).

Soylu said those Syrians returned to their homeland thanks to the peace reached in Afrin, Azaz, Jarablus, and al-Bab where the Olive Branch and Euphrates Shield operations were carried out.

Since 2016, Turkey’s Euphrates Shield and Olive Branch operations in northern Syria have liberated the region from PKK-linked People’s Protection Units (YPG) and the Islamic State (ISIS).

Some 8 million Syrians left their country after the outbreak of the war in 2011, including about 3.6 million to Turkey.

In a speech during an Iftar event in Istanbul on Sunday, Soylu said residents in areas where the Euphrates Shield and Olive Branch operations were carried out feel safe and stable.

He noted that the Turkish armed forces continue to cooperate with the FSA in the fight against terror groups northern Syria, adding that these operations have achieved major successes.

Meanwhile, Syrians residing in Turkey continue to return home through the southern state of Hatay to spend Eid al-Fitr with their families.

Since May 20, 2019, people have started returning to Syria via the Gilva Gozo crossing, facing the Bab al-Hawa crossing in Idleb province.

While their return and entry into Turkey take place through the Ongo Pinar crossing in Kilis province, southern Turkey, facing Bab al-Salama in Azaz.

Syrians, who live in different Turkish states, arrive at the Gilva Gozo crossing to spend the Eid with their families.

As of Saturday, some 16,000 Syrians have left and Syrians will continue to return home through both crossings until May 31, 2019.

Turkish authorities at the crossings carry out the necessary measures, and they are allowed to cross the borders after providing authorities with the information required.