Israeli missiles shot down, Iraqi Airways flights postponed, fears of a humanitarian crisis in Idleb and China to reconstruct schools in Syria. Catch up on everything that happened over the weekend. 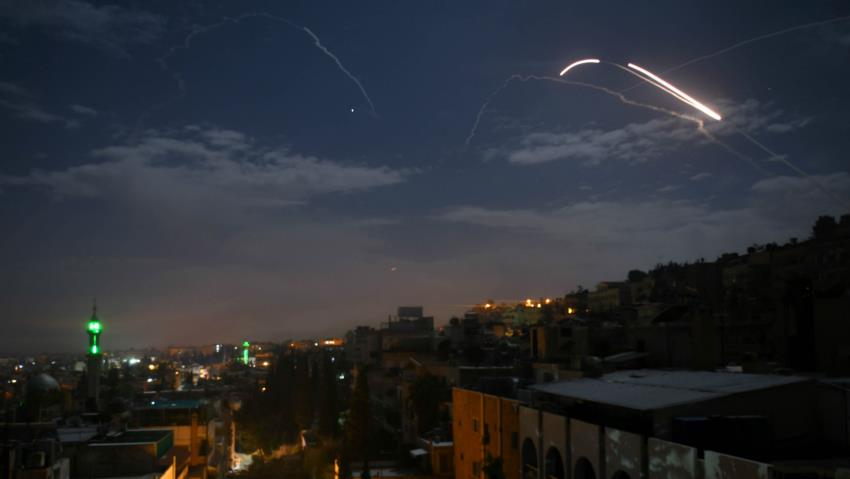 1. Syrian air defence batteries intercepted and downed a number of  projectiles coming from Israel. “Our air defence systems intercepted numinous objects coming from the occupied territories (Israel) and downed several of them,” SANA said quoting a military source. A later report described the projectiles as “hostile targets” that were fired “towards the province of Quneitra” near the Syrian Golan, parts of which are annexed by Israel. Earlier SANA reported a “loud explosion” around the capital Damascus.

2. Damascus said it had been informed that Iraqi flights to Syria would not resume as planned on Saturday after more than seven years, due to what it said were “administrative” reasons. Iraq’s national carrier, Iraqi Airways, said on Thursday – as per Al-Araby al-Jadeed – it would resume flights to Damascus for the first time since the Syrian civil war started in 2011. But on Saturday, the Syrian Ministry of Transport said it had been informed of the, “decision to postpone the trip of two Iraqi Airways planes for today… until further notice.” The flights were postponed to allow for, “the completion of some administrative and organisational steps between the company and the Syrian civil aviation authority,” it said in a statement on Facebook.

3. The United Nations has warned of a humanitarian crisis unfolding in Syria’s northwest province of Idleb, as Western powers challenged Syria and its ally Russia to provide assurances that attacks on hospitals and schools would stop. According to Al-Jazeera, UN Humanitarian Affairs Coordinator, Mark Lowcock, said there had been concern about the escalating situation in Idleb for months. Last September, the UN Secretary General stressed that, “it was absolutely essential to avoid a full-scale battle in Idleb, and he warned that would unleash a humanitarian nightmare unlike any we have seen in Syria.” Lowcock said, “When I briefed you here on Sept. 18, 2018, I said a full-scale military onslaught could result in the worst humanitarian tragedy of the 21st century. Despite our warnings, our worst fears are now coming true.” The UN warned that three million civilians are at risk as Syrian President Bashar al-Assad’s forces – backed by Russians – have launched an offensive.

4. At least five rebels were killed in artillery fire launched by the US-led forces and the regime army in Azaz town in northern Aleppo province, a commander said Saturday. According to Zaman Al Wasl, the Syrian Democratic Forces and regime forces seek to take territory under the control of the Turkish-backed National Army east of Aleppo city. The Kurdish-led forces seized the Islamic States last territory in March, but fears are still mounting over the Turkish-backed rebel groups near the the Kurdish-dominated areas along the Turkish border.

5. Education Minister, Imad al-Azab discussed with his Chinese counterpart Chen Baosheng means of bolstering cooperation between Syria and China to rehabilitate education facilities, which have been damaged due to terrorism, SANA has reported. The meeting was held Saturday on the sidelines of the International Conference for Artificial Intelligence and Education in the Chinese capital of Beijing. Azab said that the work is underway to establish a national center for artificial intelligence in Syria. For his part, the Chinese Minister expressed his country’s readiness to provide aid regarding the issue of artificial intelligence and the rehabilitation of facilities damaged in Syria according to a plan agreed upon by both sides.