There were nine officers among those killed, all from the province of Tartous, the regime's main supply of manpower reports Zaman Al Wasl. 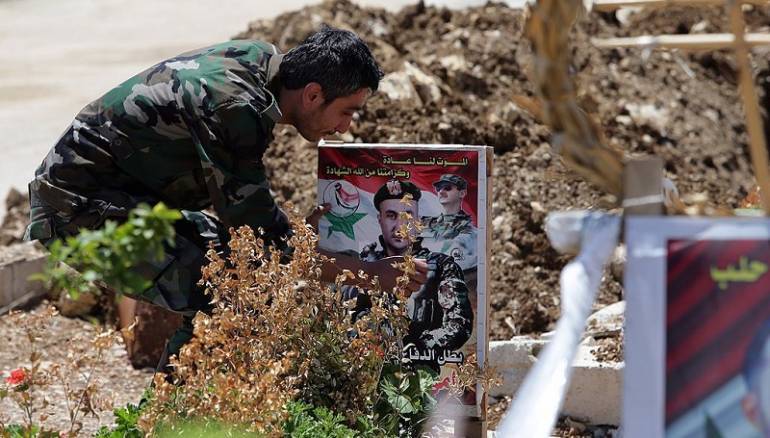 At least 26 troops from coastal Tartous province have been killed since since March, pro-regime media activists said.

The Alawites-dominated areas are still the main manpower supply for Bashar al-Assad’s regime.

More than 130,000 pro-regime forces have been killed in seven years of brutal war, according to local monitoring groups.