According to Brigadier General Ahmed al-Rihal, the latest round of Astana achieved little but to highlight the differences between Russia and Turkey writes Ana Press. 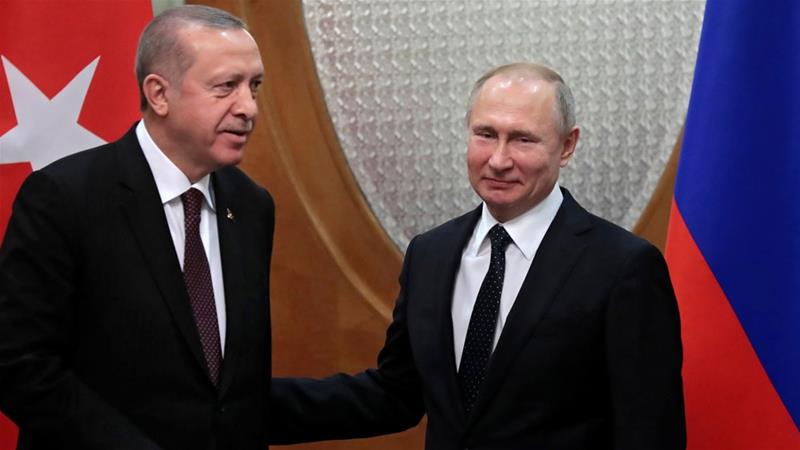 A Syrian military expert who defected from the Assad regime, Brigadier General Ahmed al-Rihal, has said that: “The statement issued at the conclusion of the Astana metings, which was issued in elegant diplomatic terms, tried to disguise the sharp divisions between Moscow and Ankara, but the escalations and bombardments by Russian aircraft and Putin’s statement have exposed everything.”

In an interview with Ana Press, Rihal said: “As soon as Erdogan returned to Turkey at the conclusion of the Astana talks, Russian aircraft began bombing liberated areas … They served as a clear message that there is a fundamental difference between the two men around the Idleb issue.”

Rihal said that the Astana meeting was an, “identical image of what happened in the Erdogan-Putin meeting. We saw that the items in the closing statement were no more than structural words. Anyone who reads the closing statement of the Astana meeting feels as if Bashar al-Jaafari [the regime’s ambassador to the United Nations] drafted these items.”

Rihal said that: “the statements that Jaafari delivered at the meeting in which he attacked Turkey, accusing them of occupying northern Syria, were pure Russian words and a Russian message to Turkey.”

Regarding Putin’s statement that a comprehensive campaign wasn’t ruled out in Idleb, Rihal said that, “there is major and severe pressure on Ankara and the opposition.” He believes that what was wanted was the “delivery of international roads … as well as a military operation by Turkey against Hay’at Tahrir al-Sham, or the regime and Russia will enter Idleb city.”

Regarding the fate of Idleb city, according to current developments and data, Rihal said: “There will be no more new meetings in Astana, and the latest meetings were just to keep the process alive … Russia has gotten what it wanted. Iran is no longer interested in Astana because it has also taken what it wanted, in addition to the fact it’s now preoccupied with internal and economic problems … Turkey has not benefited from this process except for the Euphrates Shield and Olive Branch areas. Therefore this path has completely ended and is clinically dead, and it will conclude in July if this meeting is held.”

Russian warplanes struck areas in southern Idleb province with the conclusion of the 12th round of Syria talks in Nur-Sultan [formally known as Astana]. The bombing is considered to be a violation of the Sochi agreement signed between Turkey and Russia in September 2018, which established a demilitarized zone between the Syrian regime and the opposition and a full ceasefire.

The guarantor states of Turkey, Russia, Iran have not agreed on the formation of a constitutional committee, which should develop a new constitution for Syria.