Following the latest international talks, the Syrian opposition has vowed to continue its fight against the Assad regime and the occupation forces of Iran and Russia reports Al-Modon. 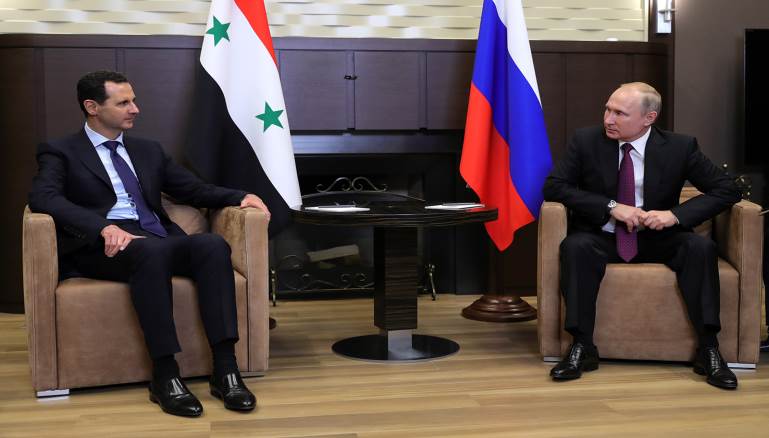 This came in a joint statement by the National Front for Liberation (the Free Syrian Army) and the National Army in response to statements by Russian President Vladimir Putin regarding the Syrian regime and it not ruling out a military option in Idleb province.

Putin said in a press conference on Friday: “The opposition acknowledges that the Syrian regime has won, and a military option for Idleb has not been ruled out.” He continued that the current time was not appropriate for any operation of this type.

The opposition said in its statement that: “Russian fighters were burning villages and towns in the Hama countryside and Idleb and carry out the most heinous massacres against innocent civilians at the same time,” in their closing statement at the latest round of international talks on Syria in the Kazak capital.

The statement said that, “bombing civilians and destroying mosques, homes and schools, and using internationally-banned weapons are not a sign of victory or evidence that the matter is resolved.” The statement said that the resistance would continue, even in areas under Syrian regime control, and noted that, “Russian support for the Syrian regime means continued killing and destruction in Syria.”

The opposition continued: “The Syrian revolution will continue until the regime falls, freedom and dignity for our people is achieved, and Syria attains full independence, and rids itself of the occupation manifested by Russia, Iran, and terrorist militias.”

In another development, five civilians were killed during an air raid on Saturday night in the “de-escalation zone” in Idleb.

The Anadolu Agency quoted local sources as saying on Sunday that a warplane carried out a raid on Qalaat al-Madiq and the village of al-Hawash in the western countryside of Hama city, which falls in Idleb’s de-escalation zone.

Sources from the White Helmets said that the raid on Qalaat al-Madiq killed five civilians, including two women.

Commenting on the raid, which struck Qalaat al-Madiq and al-Hawash, an opposition air traffic monitoring site said on social media that, “a Russian fighter took off from the Hemeimeem base in Lattakia.”

Over the last seven days raids on residential areas in Idleb and Hama have killed 17 people.