Upon their return, Zidan al-tawil and Ahmad Khamis, expressed their delight at returning to Syria reports SANA. 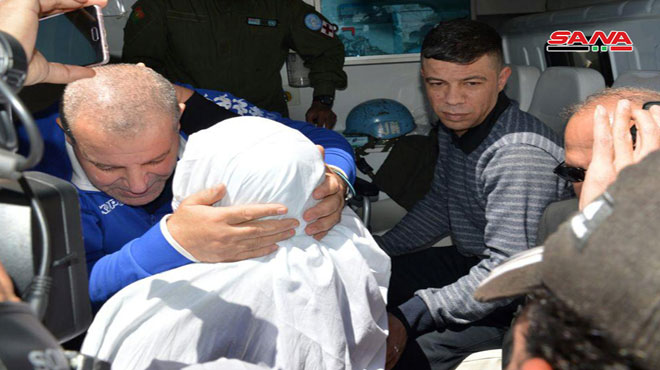 On Sunday, the two liberated captives, Zidan al-tawil and Ahmad Khamis, arrived home via the al-Quneitra crossing, after years of incarceration in Israeli occupation prisons.

Upon their arrival at the al-Quneitra crossing point, the two Syrian captives expressed joy over their liberation. They were confident that the occupation will be eliminated and Syria will defeat the occupation as it did the terrorist groups.

Quneitra’s governor, Humam Dibyat, said that the Syrian state puts the liberation of all captives in the Israeli occupation prisons as a priority, with Sidqi al-Maqt and Amal Abou Saleh being their top priority.