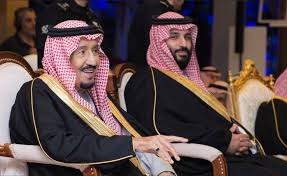 The Sputnik news agency has quoted a Russian source as saying that: “the Russian president’s Special Envoy to Syria, Alexander Lavrentiev, has carried positive messages from Saudi leaders to Syrian leaders.”

The Sputnik agency quoted the source, who asked not to be named, as saying that: “the positive Saudi messages relate to the restoration of relations and discussing all issues between the two countries.”

On Friday, Bashar al-Assad received Lavrentiev, who was coming from Saudi Arabia, where he had met with the Saudi Crown Prince Mohammed bin Salman, and discussed Syria with him.

On its Facebook page, the Syrian presidency published details of Assad’s meeting with Lavrentiev, who was accompanied by the Russian Deputy Foreign Minister, Sergey Vershinin, saying that, “the meeting concerned the matters on the agenda of the upcoming round of Astana talks, and stressed the importance of continuing coordination between the two sides with regards to the outstanding issues, in order to come out with positive results to achieve the aspirations of the Syrian people, foremost eliminating terrorism and restoring stability and security to all Syrian territory.”