While Russia did help find and transport the remains of Israeli soldier Zachary Baumel, they have strongly denied reports that they have found the remains of Eli Cohen writes Zaman Al Wasl. 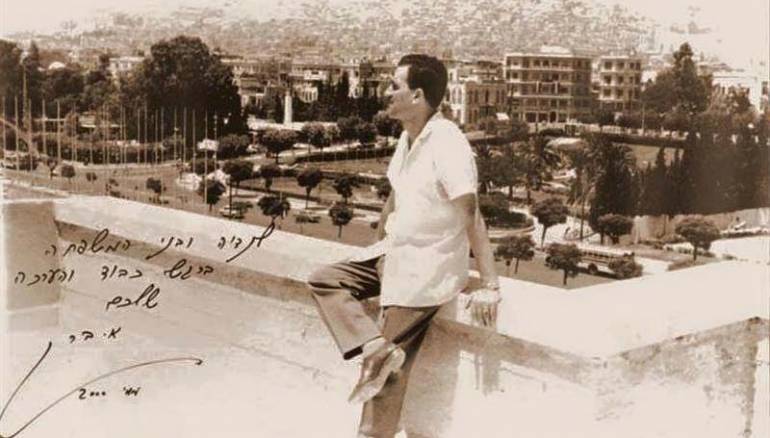 On Wednesday, Russia’s Foreign Ministry strongly rejected Israeli media reports that claim Russian officials transported the remains of the legendary Israeli spy, Eli Cohen, out of Syria, where he was executed more than five decades ago.

Cohen infiltrated the upper echelons of Syria’s leadership in the early 1960s and obtained top-secret intelligence before he was caught and publicly executed in 1965.

Earlier this week, Hebrew media reported that a Russian delegation transported Cohen’s remains out of Syria. Israel had previously appealed to Russia for help finding Cohen.

The Russian Foreign Ministry put out a statement “resolutely refuting” the claim, which it described as a “provocation.”

It urged the Israeli media to show a more, “accurate, professional and honest approach to coverage of such sensitive issues.”

Israeli officials had been silent after unconfirmed reports by Syrian opposition groups emerged last weekend, which claimed that a Russian team had exhumed the remains of the Mossad spy.

Russia, which is allied with Syrian President Bashar al-Assad, aided Israel in finding and recovering the remains of Israeli soldier Zachary Baumel who went missing in the 1982 First Lebanon War.

Baumel’s remains were flown back to Israel earlier this month, after years of efforts to find his body. Israeli officials are still searching for two other soldiers captured and killed in the same battle: Tzvi Feldman and Yehuda Katz.

News of the possible remain’s of Cohen’s whereabouts are closely followed in Israel, where recovering the bodies of fallen soldiers carries added resonance.

Cohen infiltrated the top levels of Syria’s political leadership in the years before the 1967 Six Day War, and the information he obtained is credited with playing a key role in Israel’s stunning success in that war.

Last year the Mossad spy agency recovered a wristwatch belonging to Cohen and brought it back to Israel in a special operation. The Prime Minister’s Office did not explain how it retrieved the watch, which had been in “enemy hands.”

Over the years, Cohen’s widow Nadia has made several unsuccessfully appeals to the Syrian government to release her late husband’s remains.

In 2008, a former bureau chief of the late Syrian leader, Hafez al-Assad, claimed that no one knew where Cohen was buried.

“The grave was moved after a day or two,” Monjer Motsley said in an interview. “We were scared that Israel would send forces to recover the body.

“It is difficult to find Cohen’s bones,” he added. “Assad promised to return Cohen’s bones, but when he asked about it security officials told him: ‘Sir, we don’t know where the grave is,’ so he couldn’t promise.”