The Deputy Foreign Minister, Faisal Mikdad, has said that the funding of the investigation mechanism is a threat to the efforts of the UN Special Envoy to Syria writes Al-Watan. 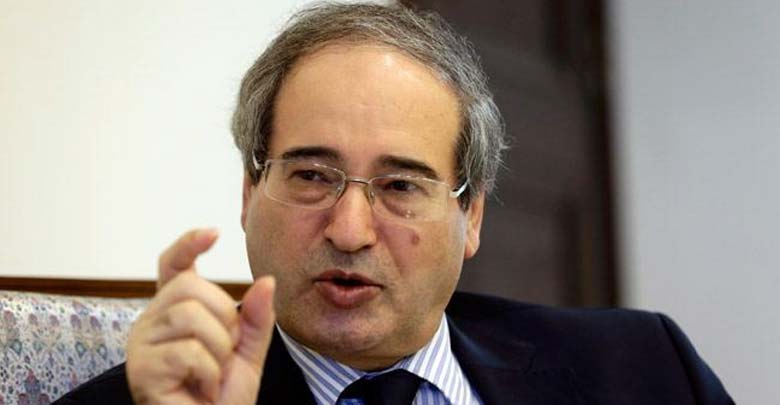 Damascus has put forward its position regarding the upcoming general session of the United Nations, regarding the funding of the so-called “International, Impartial  and independent mechanism to assist in the investigation and prosecution of persons responsible for the most serious crimes under International Law committed in the Syrian Arab Republic since March 2011.”

During his meeting with heads of the diplomatic missions accredited in Damascus, the Deputy Foreign Minister, Faisal Mikdad, explained the reasons why this “mechanism” was illegal. The General Assembly Resolution 248/71, which established the mechanism, was adopted with a simple majority through the initiative of the permanent delegates of Qatar and Lichtenstein, without consultation with the concerned state, and outside the scope of the General Assembly’s mandate.

Mikdad said that the establishment of the so-called “mechanism” was a real danger and serious challenge to the future of the United Nations. He said that Syria had the ability to achieve justice through its legal and judicial institutions and that the member nations should fully understand the dangerous legal and political effects of the tendentious attempts to promote this sort of “mechanism” and fund it, as it could be applied in other cases or against other countries who contradict the policy of the United States and its allies. Mikdad said that the continued payment and financing for this “mechanism” undermined the efforts of the UN Special Envoy to Syria in facilitating dialogue between Syrians to find a solution to the Syrian crisis.

The Deputy Minister encouraged ambassadors of the countries in the meeting to reject the funding for this mechanism and vote against it in a coming meeting of the UN General Assembly.