Syrian designer, Tamer Turkmani, has embarked on an ambitious project to document the names and pictures of the martyrs of the revolution writes Zaman Al Wasl. 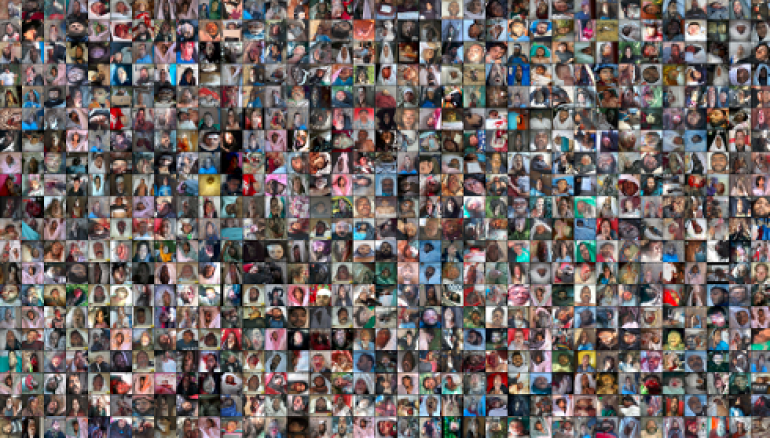 The Syrian designer, Tamer Turkmani, continues his four year long project to document the victims of the Syrian revolution with their names and pictures.

According to Turkmani, he has focused on the photos of the unidentified victims, because they are not mere numbers and they have not received the necessary attention from human rights organizations and documentation institutions.

Turkmani believe that it is necessary to highlight the martyrs that have been ignored by the media, and at the same time, help parents to know whether their children are dead or alive.

However, Tamer is aware that there are about 200,000 people whose fate is unknown.

This documentation will push the families and relatives of the missing to look for them once calm has prevailed in Syria, especially after the closure of most of the organizations that were documenting the martyrs on a daily basis, according to Turkmani.

He added that the forcibly disappeared people have been forgotten by Syrian society. He insists that they’re normal people, saying, “they are people, like me and you and millions of other people, but the difference is that they fell into the hands of criminals, who don’t know mercy and killed them without knowing anything about them”.

Turkmani said that there are images of more than 20,000 victims, whose identities and names are unknown.

So far, Turkmani has documented about 9,000 images of the 20,000 anonymous people. He expected to complete his project by the eighth anniversary of the Syrian revolution.

Turkmani pointed out that his work was very complicated. His documentation was based on a distinguishing mark for every martyr whether he was executed, tortured, burned or humiliated.

He revealed that most of the photos he documented were of people executed in a brutal manner by the regime’s Shabbiha.

It’s noteworthy that Shabbiha (Assad Thugs) attacked everyone who belongs to or supports the revolution. Most of them were young people, and many martyrs were victims of the Russian and regime warplanes.

Turkmani added that the psychological pain he felt during his documentation is comparable to the documentation of one million identified martyrs.

He concluded that a big surprise, within his project in documenting and archiving the Syrian revolution, will be announced after the archiving and arranging.