A number of people escaped from the central prison when it was hit by a Russian airstrike, but were promised reduced sentences if they handed themselves in reports Hurriya Press. 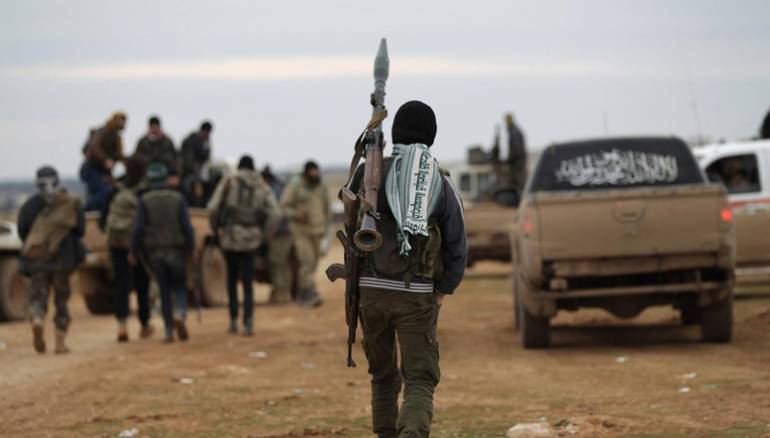 On Wednesday, Hay’at Tahrir al-Sham handed over the body of a civilian prisoner to his family. The man had been held in one of the group’s prisons and his body bore the marks of torture.

According to local sources, the young man, Marwan Ahmed Amqi, was from Idleb province and had fled from the central prison after it was hit by airstrikes.

The sources said that Tahrir al-Sham had promised the young man’s family that he would be released after trial if he handed himself over, adding that the group offered reduced punishments to everyone who handed themselves in after escaping.

However the group reneged on the deal with the family, who were from the town of Maarat Masrin in the Idleb countryside, and handed over a body bearing marks of brutal torture.

The Justice Ministry in the “Salvation Government” announced punishments would be reduced by half for every prisoner who handed himself over within three days, a day after a large number of prisoners managed to escape after a Russian airstrike on the central prison on Mar. 14, 2019.