Recep Tayyip Erdogan and his ruling Justice and Development Party lost control of both Istanbul and the capital Ankara in recent local elections, stoking fears in Idleb writes Al-Watan. 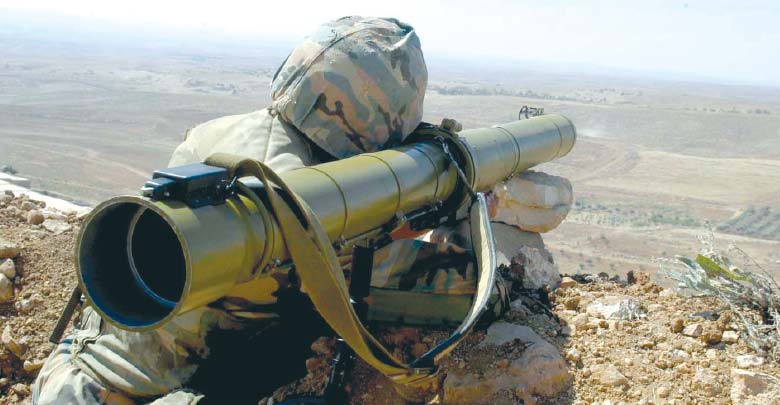 Terrorist groups from the al-Nusra Front and the Turkistan Islamic Party yesterday attacked army positions in the al-Mashreea area in the western al-Ghab plains with intermittent bursts of rocket fire, which lightly wounded a number of soldiers with shrapnel, in a new and blatant violation of the Idleb agreement.

A media source told Al-Watan that the army repelled this terrorist attack on its positions and responded with heavy artillery, which was fired at Turkistan Party positions on the outskirts of the towns of al-Ankawi and Shourlin in the western Hama countryside.

Following the exchanges, a tense and nearly total calm prevailed on the fronts of the northern Hama countryside.

Meanwhile, opposition sources close to the armed militias in Idleb expressed their fear that Turkey’s support for the militias will decline as a result of the “setback” suffered by Ankara’s ruler Recep Tayyip Erdogan and his Justice and Development Party in the recent local elections, in which he lost his most important traditional strongholds—particularly Istanbul and Ankara.

Opposition sources close to the National Front for Liberation, which Turkey formed by merging 11 militias, speaking to Al-Watan, quoted military commanders as saying that the countdown to Turkey giving up on them had begun with Erdogan’s defeat. Turkish voters are giving up on him and his ruling party as faith in his policies declines on all levels—especially with regards to the economy, which has been negatively impacted by the value of the Turkish lira, and has been reflected in the rate of inflation and the loss of jobs.

Sources said that Erdogan’s policies toward Syria, and his frequent intervention in the internal affairs of the neighboring country, and his intransigence in his positions—which has increased bloodshed, and has prevented peace and security from being achieved through his support for terrorists—played a role in the decline of his popularity and the popularity of his government and party since he took power more than 16 years ago.

Sources predicted that Erdogan will be forced to reduce his financial support offered to the militias, including al-Nusra Front and Hay’at Tahrir al-Sham, as well as changing his political positions to be more rational in terms of dealing with the Astana and Sochi processes, by gradually stopping logistical support for militias and terrorist organizations to regain the trust of the electorate, before the axe falls on his head at the next presidential elections.

They predicted a decline in financial allotments from Erdogan and his government for reconstructing infrastructure in Idleb and its environs and the areas which the Turkish army has occupied during the “Euphrates Shield” and “Olive Branch” operations, north and northeast of Aleppo.