The National Fund for Social Assistance hopes to secure a large number of public sector jobs for those who have completed their military service writes Al-Watan. 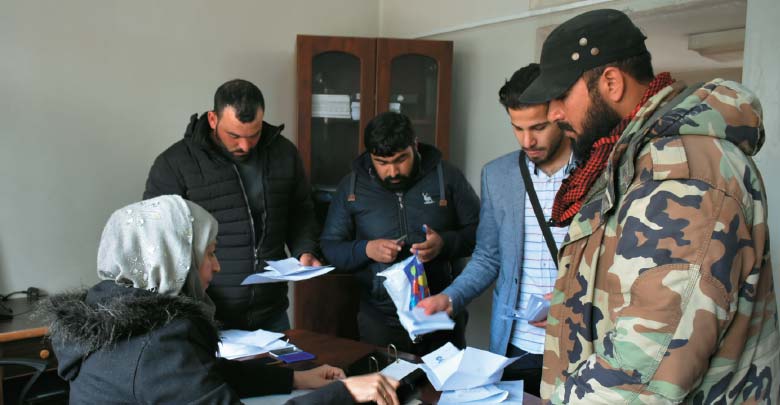 The manager of the National Fund for Social Assistance, Louay al-Arnaji, revealed that they had received 25,000 applications for the program to support and empower those who have completed their military service. All these application had been received since registration was opened on Mar. 10, 2019.

Arnaji told Al-Watan that every case had been registered and was being dealt and that there had not been any cases that required specialized attention. He said that the lists would be sent to social security and the public registry for state and Defense Ministry employees. He said that the first batch of lists had been sent and that the second was in the process of being sent. The fund’s manager expected more than 95 percent of the lists to be accepted.

Arnaji previously told Al-Watan that the Ministry of Labor and Social Affairs was trying to secure them jobs in the public sector and  would keep them up to date about available job opportunities. It is hoped that between 20 and 30 percent of the program beneficiaries would secure public sector jobs. They were also asking all ministries to inform them of available jobs 15 days before they are publicly announced.

He said that the total value of the program to support and empower people who had completed their military service could reach four billion Syrian pounds.