While the precise reason for the exclusion of Arabs is not known, it is suspected that Kurdish forces wanted to secure any funds the Islamic State had left behind writes Al-Watan. 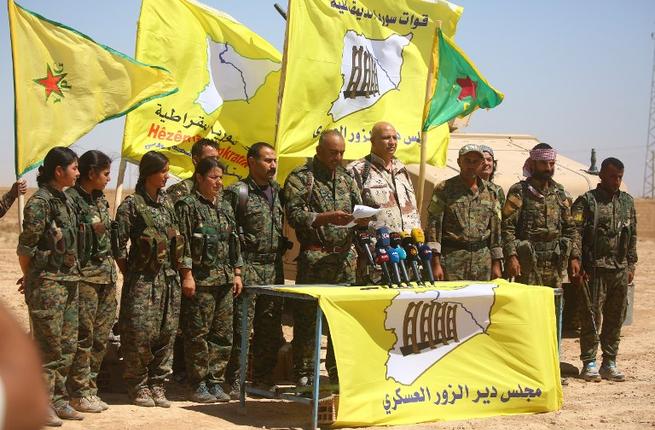 Japan contributed half a million dollars to assist children in the al-Hol camp, in the southeastern Hassakeh countryside, amid reports that the Syrian Democratic Forces (SDF) excluded Arab fighters during the battle for the town of Baghouz, which was considered the last stronghold of the Islamic State (ISIS), east of the Euphrates.

An opposition website quoted a source as saying, “The commanders of the Baghouz military operations excluded all Arab commanders and fighters from the recent battle, despite them participating in the military campaign against the organization in the area east of the Euphrates since the very beginning.”

The source said that they gave a “fake” excuse that ISIS “was near the end, and they didn’t need a major force.” He attributed the reason for the SDF wanting to not include Arab fighters, was to keep them ignorant about the money and funds the group left behind, as had previously occurred in Raqqa.

The surrounding camp and farms, where ISIS was previously holed up, was only entered by special forces from the “Kurdish intelligence” branch of the SDF. It is not known whether there was coordination between this group and the International Coalition to exclude the Arab fighters.

The SDF includes a number Kurdish, Turkmen, Arab and Syriac militias, but the Kurdish People’s Protection Units are considered the backbone of the group.