The Minister of Foreign Affairs, Walid al-Muallem, has described the US President as a 'pirate' and said that he cannot change anything on the ground writes The Syria Times. 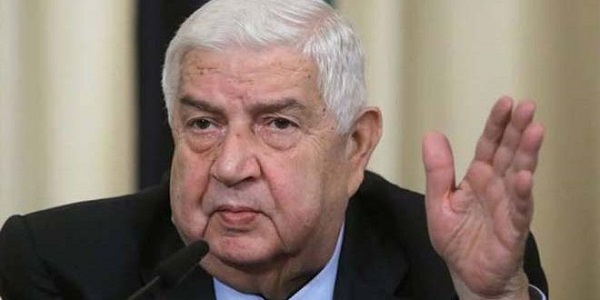 Minister of Foreign Affairs, Walid al-Muallem, said that the decision by US President Donald Trump will not affect the situation of the occupied Syrian Golan and that the Golan is protected by its people, the Syrian Arab people and our armed forces.

In response to a question on the impact of Trump’s decision on the Occupied Syrian Golan, Muallem said, “The American decision will only affect the isolation of America.

“The Golan is immune, due to the high national spirit of the residents of the Golan and a series of international resolutions that represent international legitimacy. The occupied Golan is also fortified with our people and its steadfastness and our valiant armed forces, therefore, this decision will have no affect at all,” Muallem told Syrian TV in a telephone call on Monday.

As for the position of Trump and its consequences on the region, Muallem explained that no one can predict what this pirate is doing, he and his administration have proved that they are a destabilizing factor for international stability and a factor of domination over the international community. He started with Jerusalem, but in the Golan he will not be able to do anything, the land belongs to its people and nobody, no matter how many years have passed, can change this reality.

During its session on Tuesday, the People’s Assembly denounced the declaration by US President Donald Trump on the occupied Syrian Golan.

Speaker of the People’s Assembly, Hammoudeh Sabbagh, said Trump’s irresponsible declaration proves that the US administration is continuing its blind absolute support for the Israeli occupation, and that Trump is trying to realize Netanyahu’s dreams.