The agreement, which is believed to be the third of its kind, is thought to be worth 100 million yuan and will be used to fund humanitarian needs in Syria writes The Syria Times. 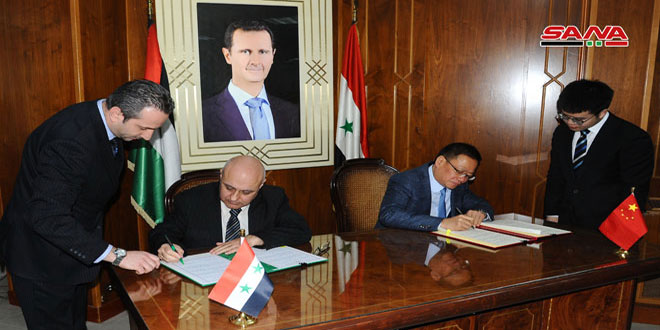 On Monday, Syria and China signed an economic and technical cooperation agreement according to which China will grant the Syrian government 100 million yuan (17 million dollars) to fund humanitarian requirements that are to be specified and agreed upon at a later stage.

The agreement was signed at the headquarters of the Planning and International Cooperation Commission by the Commission’s head, Imad Sabouni, and the Chinese Ambassador in Damascus, Feng Biao.

“This is the third grant to be provided by China to the Syrian government since 2016,” said Sabouni following the signing ceremony.  The first was estimated at 110 million yuan while the second was estimated to be 200 million yuan and both aimed at meeting the needs of several sectors, including electricity, customs and transport, he added.

Sabouni went on to say that China has also provided a grant for the Syrian higher education sector and another one for enhancing food security in Syria.

He pointed out that Syria and China held talks on developing and enhancing abilities within the framework of Syria’s reconstruction efforts, which hope to benefit from Chinese experience in this regard, noting that a training course on this topic will be held within the coming few months.

For his part, Biao hailed the Syrian-Chinese “long-term strategic” relations, pointing out that China’s assistance to Syria expresses the Chinese people’s support for the Syrian people.

He stressed that his country will continue this support until  Syria has fully recovered.