UN Special Envoy to Syria, Geir Pedersen, also discussed the formation of the Constitutional Committee with the head of the National Coordination Committee for Democratic Change reports Asharq al-Awsat. 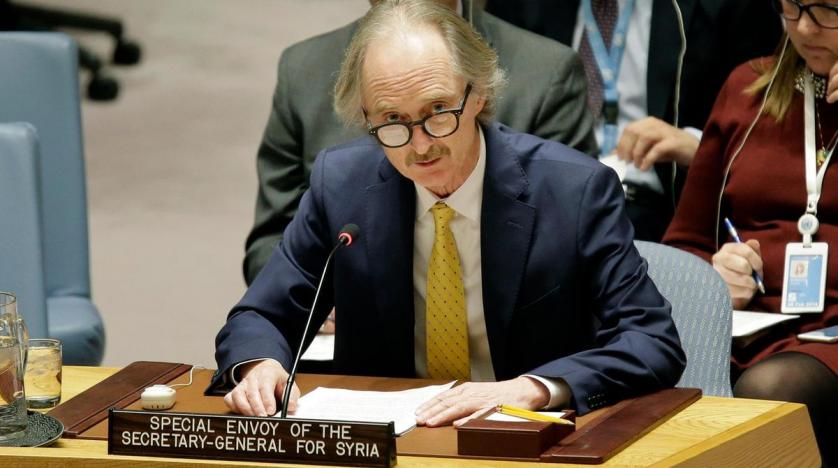 On Tuesday, the UN Special Envoy to Syria, Geir Pedersen, held talks in Damascus with the head of the National Coordination Committee for Democratic Change, Hassan Abdel Azim.

Discussions focused on the work plan that Pedersen and his team were forming to overcome the obstacles that are impeding the negotiations over the political process, said a statement by the committee.

As part of confidence-building efforts, both sides stressed the need to release all detainees and abducted people.

The fate of missing people must also be revealed, such as Raja Nasser, Abdulaziz al-Kheir, Iyas Ayyash and Maher al-Tahhan, who were arrested by the regime for demanding a political solution to the crisis.

Pedersen arrived in the Syrian capital on Sunday where he held talks with Foreign Minister Walid al-Muallem.

Speaking to reporters from the Foreign Ministry, he vowed to continue to exert efforts to see the implementation of UN Security Council resolution 2254 that calls for a ceasefire and political settlement to Syria’s crisis.

Last month the envoy said in Geneva that he saw a constitutional committee as, “the potential door-opener for the political process”.

The committee would be tasked with drawing up a post-war constitution.

Pedersen faces the same difficulties as his predecessor, Staffan de Mistura, in reviving negotiations to resolve the crisis.

Before departing his post last year, Mistura focused his efforts on forming the Constitutional Committee that was proposed by Damascus’ allies, Russia and Iran, and opposition-backer Turkey.

The 150-member committee is intended to represent the regime, the opposition and civil society and is seen by the UN as key to holding free elections and ending the war in Syria, which entered its ninth year this week.

Objections over the potential candidates submitted by concerned powers have, however, stalled its formation. Damascus has been particularly vocal over the latest list of candidates presented by the UN.