The two side spoke of the need for coordination in the fight against terrorism, while tensions between Iran and Russia continue to rise reports Etihad Press. 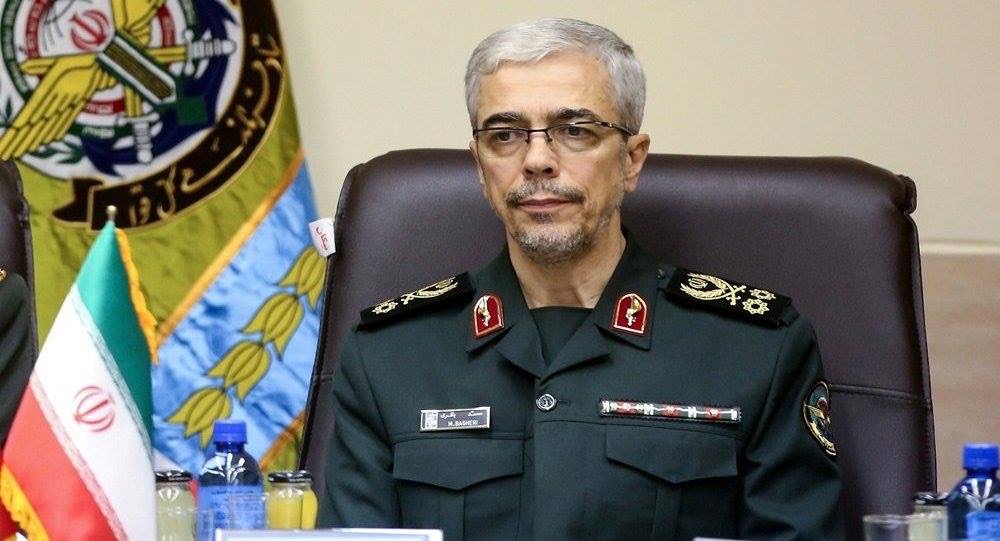 On Sunday, an Iranian military delegation, including the Chief of Staff of the Armed Forces, Mohammad Bagheri, headed to the Syrian capital Damascus for a joint meeting with an Iraqi military delegation and officers in the Syrian regime army command. According to the Iranian Fars agency, the Iranian delegation to Damascus included an inspection tour by Bagheri conducted during a meeting with his country’s military advisers in Syria.

The Iranian agency added that the meeting between Bagheri and the Iraqi and Syrian chiefs of staff aimed to coordinate efforts to fight “terrorism,” but the tripartite meeting also comes after the emergence of Iranian-Russian tensions around Syria. In recent days, Baghdad has seen increasing visits by Iranian political and security figures, indicating that Tehran is trying, through this meeting, to bolster its influence in Syria and Iraq.

Disputes between the two sides came to the surface following the conflict of interests and priorities between Moscow and Tehran in Syria. Iran fears an Israeli-Russian convergence, as well as Russians and Iranians competing for influence over military, political and economic influence, and Russia’s attempts to remove the Iranian military presence in Syria.