The Syrian National Coalition has accused the regime of attempting to disrupt the political process with the use of cluster munitions and attacks on civilian centers. 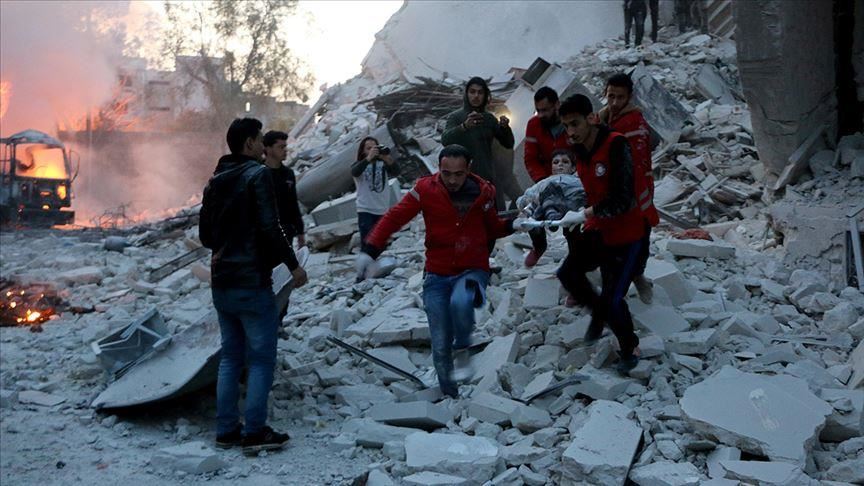 The Syrian National Coalition said that the Assad regime’s attacks, crimes and violations have not stopped since the demilitarized zone agreement took effect, just as the regime have not respected any international agreements or resolutions since 2011.

In a press release issued on Wednesday, the Syrian National Coalition said that the, “escalating bombing campaign and the use of the incendiary white phosphorus is a blatant breach of the agreement and a desperate attempt to disrupt the Brussels conference, which the regime and its allies are avidly seeking to undermine.”

“The Assad regime and its allies are pursuing the tactic of escalation, intensified bombing campaigns and war crimes in an attempt to avoid engaging in a political process and to undermine all international efforts to push for a solution.”

The Coalition added, “The recent attacks have resulted in the deaths of dozens of civilians and massive destruction in the towns of Tamana’a, Habeit, Salhiya, and Sarmin, which were targeted with cluster bombs. The shelling also targeted other areas and towns in Idleb and Hama provinces.”

“These latest developments require serious positions, mainly by the guarantors of the Idleb agreement. The continued crimes against the Syrian people and the continued shelling of civilian areas as well as the violations of the agreements should prompt the international community to shoulder its responsibilities, especially with respect to the maintenance of international peace and security, by taking serious action to put an end to these war crimes and hold the criminals to account.”