Since the Nasib border crossing reopened, Syrians refugees living in Jordan have used the crossing to return home reports SANA. 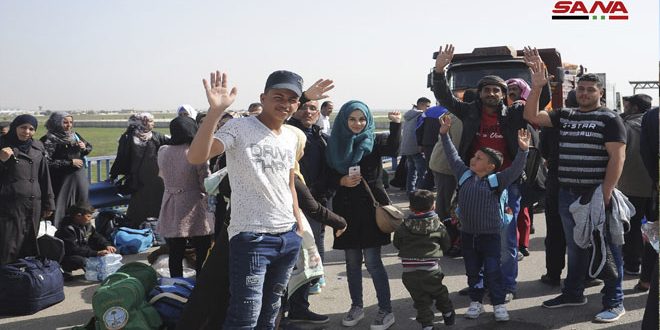 On Wednesday, a new batch of Syrian displaced citizens from the al-Azrak camp in Jordan returned home via Nasib crossing point.

The Syrian refugees are back to their towns and villages which were liberated from terrorism by the Syrian Arab Army.

The army has restored stability and security to the majority of Syrian towns, paving the way for the return of thousands of Syrians who fled the crimes of terrorist organizations.