Hammoudah al-Sabbagh has said that Syria stands with the Democratic People's Republic of Korea in the face of US threats reports The Syria Times. 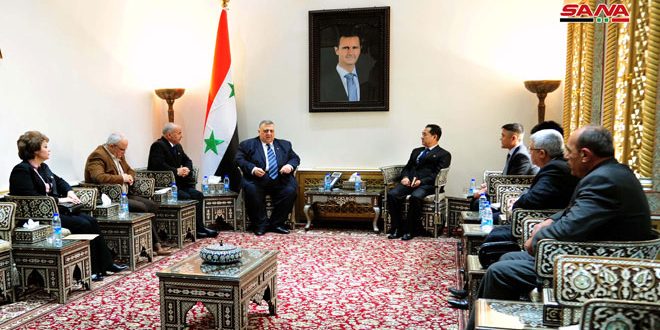 Speaker of the Syrian People’s Assembly, Hammoudah al-Sabbagh, has stressed Syria’s support for the Democratic People’s Republic of Korea (DPRK), which is facing American threats that target the steadfastness of the Korean people and their just cause.

During his meeting on Tuesday with the DPRK’s ambassador in Damascus, Mun Jong-nam, Sabbagh hailed the solidarity the DPRK has shown towards the Syrian people.

The meeting dealt with enhancing cooperation between the parliaments of the two countries to serve the interests of the Syrian and Korean people.

For his part, Jong-nam noted the strong bases on which the relations between Syria and the DPRK were built, expressing his appreciation for Syria’s support of his country at international forums.