Russia and Syria has accused the US of holding displaced people in terrible conditions in the al-Rukban camp writes SANA. 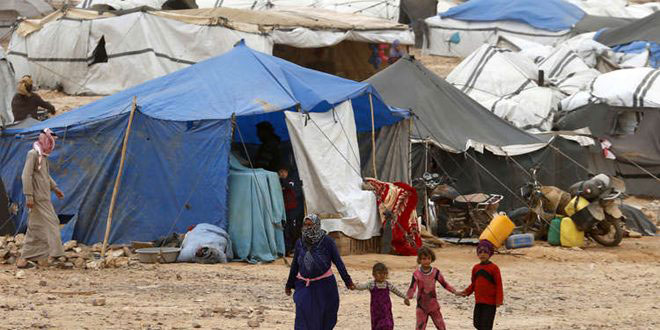 Syria and Russia again called on US occupation forces in the al-Tanf area to end the detainment of displaced Syrians in the al-Rukban camp and to allow them to leave and return to their homes.

In a joint statement, the Russian and Syrian coordination committees overseeing the return of displaced Syrians called on the US to immediately evacuate the civilians suffering the most, namely the sick, the elderly, women and children.

The statement said the US forces’ strict refusal to cooperate is preventing the residents of the camp from returning to their original places of residence, all while the US claim that they are not preventing the displaced from leaving the camp in a clear case of misdirection and hypocrisy.

The committees urged the international community to address the disastrous situation on the international and local levels, demanding that the American side begin immediate dialogue to take concrete measures and tangible decisions to save the people being detained against their will in the camp.