Idleb is supposed to governed by a ceasefire deal that was brokered by Russia and Turkey in September of last year reports Al-Araby al-Jadeed. 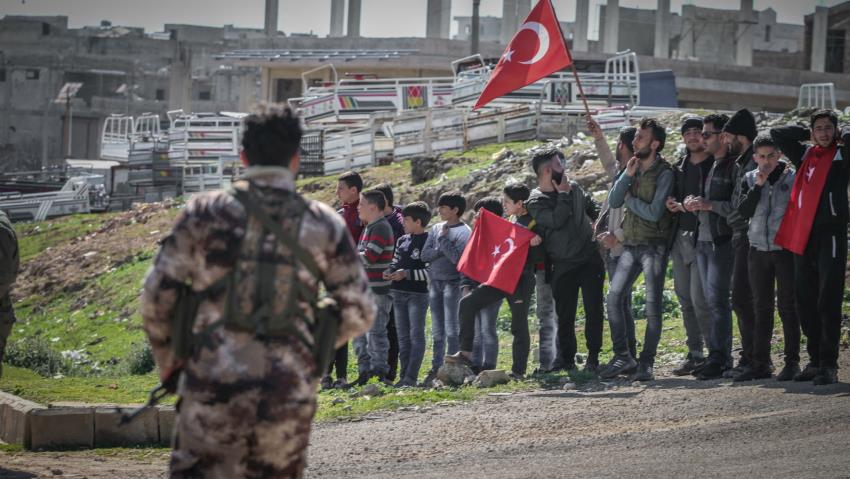 On Saturday, Russian airstrikes hit Syria’s Idleb, despite reportedly reaching an agreement with Turkey hours earlier to reinforce a ceasefire across the opposition province.

Syria’s White Helmets reported that at least two people died, including a rescue worker, following a double tap bombing on al-Muntar in Idleb.

“The Syrian Civil Defence grieves the death of White Helmet Volunteer, Mahmoud Abdel Aal. He was killed and two others were wounded after a Russian double tap strike on al-Muntar town in western Idleb,” the White Helmets said on Twitter.

Abdel Aal was the 260th White Helmets rescue worker to be killed, according to the civil rescue team.

Russia has been accused of using double tap bombings to kill and maim rescue workers and survivors, as well as targeting health centres, schools and bakeries.

Activists and health workers reported that a White Helmets centre and a maternity hospital were hit in Saturday’s airstrikes, while Syrian regime shelling on Idleb province continued, forcing more civilians to flee the area.

The bombing comes despite Russian and Turkish troops beginning joint patrols in and around Syria’s Idleb with hopes the agreement could ease shelling on the province.

“Today Russian patrols will start outside of Idleb in the border region and Turkish armed forces’ patrols will begin in the demilitarised zone,” Turkish Defence Minister Hulusi Akar said, according to AFP.

“There were restrictions on the use of Idleb and Afrin regions’ airspace but these have been lifted from today,” Akar told Anadolu in an interview.

It follows Moscow’s agreement in September to put on hold a planned regime offensive against the opposition province, with a demilitarised zone around the region.