In December of last year, US President Donald Trump said that he would pull out all 2,000 US troops from Syria, but now appears to be changing his mind writes Al-Araby al-Jadeed. 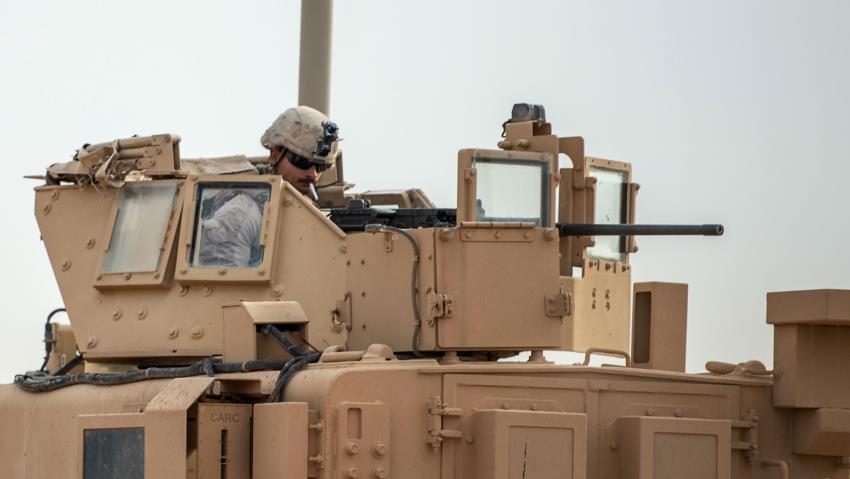 US President Donald Trump has made an auditious claim that he is “100 percent” in favour of keeping US troops in Syria, despite shocking policy makers by ordering a withdrawal last December.

A letter obtained by NBC News on Tuesday stated that Trump wrote “I agree 100 percent. All is being done”, in response to lawmakers’ request that some American troops should remain in Syria.

“We support a small American stabilising force in Syria,” the legistlators wrote in a letter to Trump.

“We agree that a stabilising force, which includes a small contingent of American troops and ground forces from our European allies, is essential to ensure stability and prevent the return of [IS].”

Trump photocopied the letter and highlighted the section reading: “like you, we seek to ensure that all the gains made in Syria are not lost”, adding that he “agreed 100 percent”.

It follows an abrupt announcement by Donald Trump on Twitter in December that US would be swiftly pulling all 2,000 American troops out of Syria.

“Our boys, our young women, our men, they’re all coming back and they’re coming back now,” he said.

The comments shocked his allies who appeared caught off guard by his pledge, with some senior officials – including Defence Secretary Jim Mattis – resigning in response.

The story follows a report in The Washington Post, which claims that Trump discussed the US’ Syria strategy plan during a meeting with Russian President Vladimir Putin, a key ally of Syrian President Bashar al-Assad.

The meeting was behind closed doors, without note taking, and only in the presence of two translators.

“[Security Adviser John] Bolton told senior officials working on Syria policy that Trump… had insisted that US troops would stay in Syria until Moscow forced out its Iranian allies – an ambitious declaration that could keep the Americans there for years,” the story alleges.

“With no reason to doubt Bolton’s account, officials at the Pentagon and State Department fine-tuned a strategy that made Iran’s departure a primary objective of the 2,000-strong US presence.”

Last month, White House Spokesperson Sarah Sanders said “a small peace-keeping group of about 200 will remain in Syria for a period of time”.

The US is now reportedly pushing for a multi-national peacekeeping force for Syria, to prevent IS re-emerging.

“I’d say that the Trump [administration] generally has been irresponsible and reckless in Syria. For example, Trump announced defeating IS in Bhaghouz and until now furious battles are ongoing,” Zouhir al-Shimale is a Syrian journalist from Aleppo told The New Arab.

“I think that this step comes along with IS continuous threats in the future… they will not stop their terror, and having the foreign families whether American or British on Syrian soil will not help,” he added. “US troops [remaining in Syria] will be a massive slap to Russian plans to dominate in Syria and will [help] stabilise… Iran and the Assad regime will not be pleased to about this.”