Russia has threatened residents of Syrian camp al-Rukban with forced conscription and the withdrawal of aid after they failed to leave through humanitarian corridors reports Al-Araby al-Jadeed. 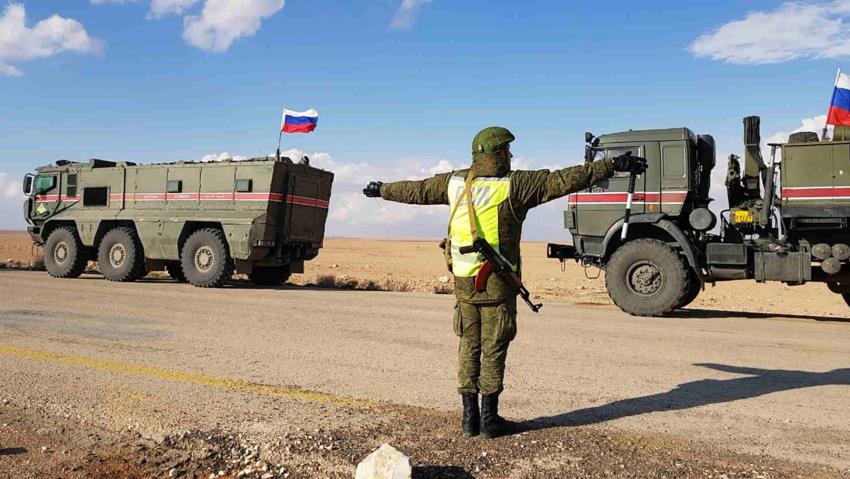 Russia has threatened to block aid to the al-Rukban refugee camp in southern Syria and force men into the army unless refugees leave the area.

Russian forces and the Syrian regime last week opened two “humanitarian corridors” in an attempt to vacate the camp, which is known to have some of the worst conditions of any in the country. Most residents either refused or were unable to leave the camp.

Russia on Friday blamed militants for preventing refugees – from elsewhere in Syria – from leaving the camp. Residents said they feared retribution from the regime, including arrest and torture, if they moved to areas controlled by the government.

“Illegal armed groups operating in the area [spanning] 55 kilometres, are preventing the refugees from leaving the al-Rukban camp, providing them misleading information about [the] true intentions of the Russian side and Damascus,” said Sergei Solamatin, head of the Russian defence ministry’s Centre for Syrian Reconciliation, according to a Russian state news agency.

The “political organisation” of the camp called the Russian accusations “lies”.

A delegation from the camp met with Russian and Syrian regime forces on Saturday to discuss the conditions of a possible evacuation of Rukban.

“The Russians asked the delegation to list the names of those wishing to return to areas under the control of the Syrian regime, in order to evaluate them as security risks,” Imad Ghali, a media activist in al-Rukban, told The New Arab’s Arabic service.

The Russians reportedly refused the Rukban delegation’s requests for aid for the camp, which has faced extreme winter weather conditions and severe shortages of food, water and medication, and the return of residents to their villages. At least eight children have died in the camp this winter, according to UNICEF.

They requested that the camp sends its young men to the Syrian regime forces for compulsory military service, otherwise residents could face starvation in the camp, on which a siege has been imposed by Russia and the Syrian regime since October.

Residents said the road taking food and fuel into the camp was cut off, causing prices to surge in the absence of sufficient supplies. There is only enough food and fuel from a recent aid delivery to to last a month.

The remote desert camp is located inside the al-Tanf “deconfliction zone” set up by the US-led international coalition in 2016. First set up to train opposition forces for the fight against the Islamic State group, the zone has since been described as a base for monitoring Iranian movements in Syria.

Rukban has become increasingly isolated since Jordan sealed its border with Syria in 2016, after an Islamic State group militant attack on Jordanian border guards left seven officers dead. Jordan has said they will only allow the transfer of refugees through their territory who have received offers of resettlement.

“The Russians are seeking to recruit thousands of young people living in the Rukban camp in the regime’s forces with absolute loyalty to the Russian side,” Said Saif, a spokesman for the Ahmad al-Abdo Forces present in Tanf, said.

Saif stressed that the various factions of the Free Syrian Army (FSA) present in Tanf would reject any Russian or regime-backed reconciliation offers, which are not “safe”.

“The Russian general who met with the camp’s delegation clearly threatened the IDPs if they did not comply with Russian conditions… We are sure that the regime will pursue the returnees to their homes, and what happened in Daraa and the countryside of Damascus – prosecutions, arrest and forced recruitment – is a good example for what will happen to them.”