Both civilians and Islamic State fighter alike continue to flee Baghouz, as the conditions at the al-Hol camp get worse each day reports Rudaw. 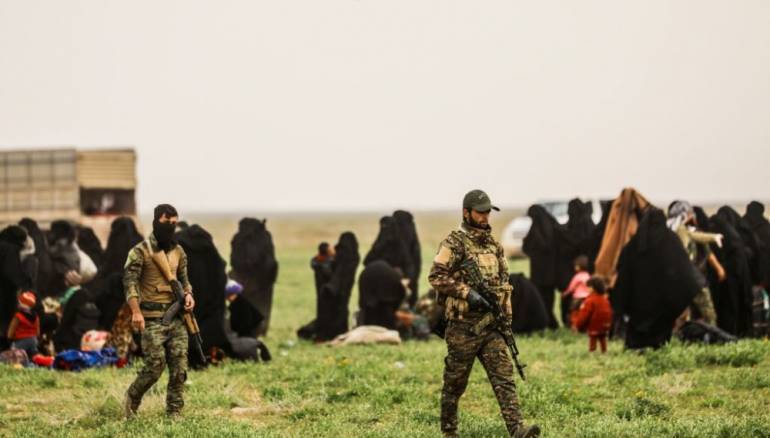 More than 1,000 people have managed to leave the Islamic State (ISIS) held area of Baghouz, towards areas controlled by the Syrian Democratic Forces (SDF), according to multiple reports, however 51 people also perished.

On Monday and Tuesday, 3,600 individuals left the town on the eastern bank of the Euphrates, including 470 ISIS members, the Syrian Observatory for Human Rights reported on Wednesday.

The Observatory added that in total, 49,050 individuals have left Baghouz since December, including 5,352 alleged ISIS members, most of whom are from Iraq.

The Observatory reported that currently there are 45,500 displaced people in the al-Hol camp.

Leaving ISIS-held territory is difficult and dangerous as the conflict continues and harsh weather persists. The UK-based conflict monitor reported that 51 people, mostly children, have died.

“We have besieged ISIS inside Baghouz. We avoid confrontation, but if they try to break the siege we will respond. We always try to carry out the process [of liberating Baghouz] with intense care in order secure the release of the civilians,” Mustafa Bali, the head of SDF’s press office, told Arab 24.

Figures released by the al-Hol camp management, according to Hawar News Agency (ANHA), show that there are 5,009 Iraqi families in the camp, totaling 22,000 individuals.

Of alleged ISIS fighters, there are 3,500 people comprising 693 families, added ANHA. Their citizenship was not specified — indicating they are likely foreign fighters. The management of the camp claimed that NGOs aren’t doing their work properly.

“My husband was a shepherd. Then he started trading. When there was the attack, he joined ISIS. We remained with ISIS. When we wanted to leave, they wouldn’t let us,” said a Kurdish woman from Manbij whose Kurdish husband had joined ISIS.

She wanted to go to Idleb, where her son is right now, but she might end up in one of the camps set up for the families of ISIS fighters.

ANHA, which is close to the Peoples’ Protection Units (YPG) in the SDF, also reported that two more Yazidi children emerged from the displacement wave on Tuesday.

Milad Hussein, one of the rescued children, told ANHA that ISIS had trained them how to use weapons and would beat them.

He said that he was playing football when ISIS kidnapped him. The 13-year-old was also taught the Quran and the Islamic religion by the extremists.

“I want to meet my mother and my brothers,” saying that it had been four years since he had seen them.