The Islamic State is being bombarded from the air, as the Syrian Democratic Forces move in to secure the final towns and villages still under the group's control reports Al-Modon. 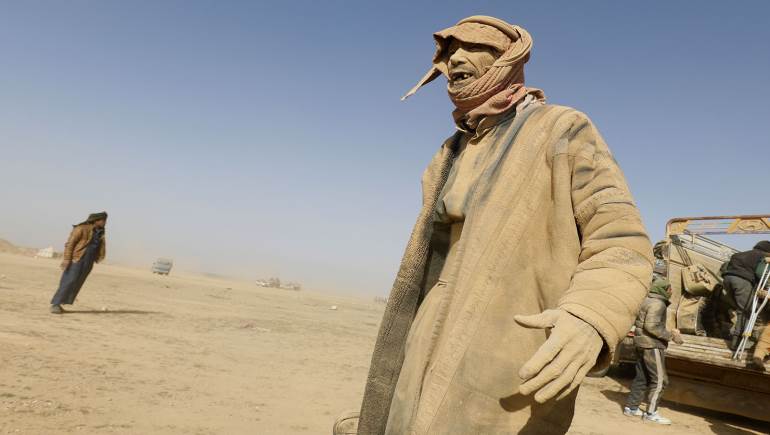 The ongoing fighting between the Syrian Democratic Forces (SDF) and the Islamic State (ISIS) is continuing in the group’s final pocket in Deir ez-Zor, according Al-Modon’s correspondent, Omar Abu Layla.

Over the last few hours, the SDF has been able to take control of large sections of the village of al-Marashidah on the eastern banks of the Euphrates River, representing a strategic turning point in the battle against ISIS.

The group’s last pocket has been subjected to continuous bombardment by International Coalition aircraft, which are supporting the SDF, and which have focused on the villages of Basatin al-Araqoub and al-Safafneh and the village of al-Sheikh Hamid in al-Baghuz, which are still under the group’s control. The bombardment has killed many civilians.

The largest portion of remaining ISIS members who have refused to surrender themselves are Syrians. Fifty ISIS members surrendered themselves to the SDF near the Khalid bin al-Walid mosque in the al-Marashidah village, a number of them originated from various Arab countries.

Fewer than 300 ISIS fighters remain in the area, controlling portions of the town of al-Baghuz Fawqani, and at times up to the automatic divider point, and over the village of al-Sheikh Hamid and the al-Safafna area, which is part of al-Baghuz. The group also controls parts of the village of al-Marashidah and Basatin al-Marashidah and al-Arqoub which are part of the town of al-Sousa east of the Euphrates.