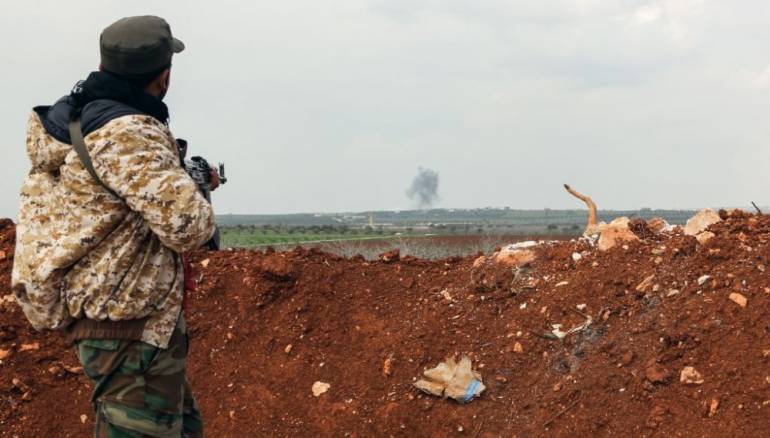 Syrian rebels have thwarted an attack by regime forces and allied militias in northwestern Hama province where Russia and Turkey agreed on a buffer zone in September, activists said Sunday.

Jaish al-Ezza, a key unit in the Free Syrian Army, said its fighters clashed with regime forces in the Zalaqiyat area, in the northern countryside of Hama.

The rebel group said it had inflicted heavy losses on the regime army.

Intermittent exchanges of fire have broken out in northwest Syria since the agreement between Russia, a key ally of Bashar al-Assad, and Turkey, which backs some of the rebel factions.