The plane, which belongs to an Iranian airline, has been favoured by fighters travelling to Syria to support the regime writes Alsouria Net. 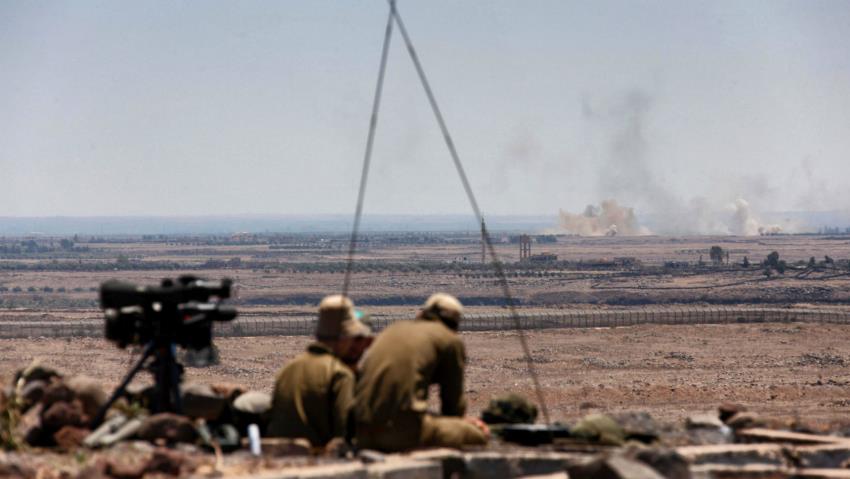 On Sunday, an Iranian plane en route to Damascus International Airport was forced to change its course and return to Iran, in order to avoid being damaged by an Israeli airstrike, which was carried out against positions in Syria.

Israeli media reports said that the civilian plane from the Iranian Mahan Air company was flying from Tehran to Damascus, but that it was forced to change course because of the Israeli raids.

The Mahan company is considered to be the preferred company of the Iranian Revolutionary Guard, and since 2015 has been carrying weapons and ammunition as well as fighters from Iraq, Lebanon and Iran to Syria to fight alongside regime forces, according to previous reports by the German Bild newspaper.

The Yoruk Isik website, which follows maritime traffic in the Bosporus Strait said that the plane from Mahan Air—which is under US sanctions—altered its course when it was 2,900 meters from Damascus airport and returned to Iranian airspace and landed in the city of Kermanshah, the closest Iranian city.

Official regime media announced earlier that air defenses had, with high efficiency, repelled an Israeli aerial attack that had targeted the southern region and had prevented them from carrying out their aims.

The Russian Defense Ministry said that the attack on the Damascus International Airport had been carried out by four Israeli F-16 fighters, firing seven offensive missiles.

A representative from the National Defense Management Center in Moscow said that the Israeli planes had launched missiles against Syria while over the Mediterranean Sea.

According to other media sources, the raids also struck storehouses in the al-Manaa mountains in the al-Kaswa area in the Damascus countryside, as well as two military sites in the environs of Damascus Airport. The attack also struck military sites in Quneitra, specifically near the al-Taloul al-Hamar area east of the town of Hadar in the Quneitra countryside and the province’s 90th Brigade base.

The Israeli occupation army said that the “Iron Dome” system had repelled a missile shot towards the occupied Golan Heights.

The spokesman, Avichay Adraee, said on Twitter, “A little while ago, the launch of a missile toward the northern Golan Heights area was observed, and was repelled by the Iron Dome system.”

The Russian Sputnik agency said that the, “Quneitra front had witnessed a state of tension around the Israeli attack with the exchange of a number of mortars between the Syrian and Israeli side.”

The Israeli attack came after a series of meetings last Thursday between major officers from the Russian and Israeli armies to discuss improving a mechanism to prevent friction between the two armies and the strikes which Tel Aviv has carried out against Iran and its allied militias in Syria.

On Sunday, Israeli Prime Minister Benjamin Netanyahu previously confirmed reports of an Israeli raid that targeted Damascus on Jan. 11, 2019, saying that Israel has carried out hundreds of attacks against Hezbollah and Iran.