Israeli attacks on Damascus airport, civilian killed in the Idleb de-escalation zone and residents of the Tadamon neighborhood refused the right to return. Catch up on everything that happened over the weekend. 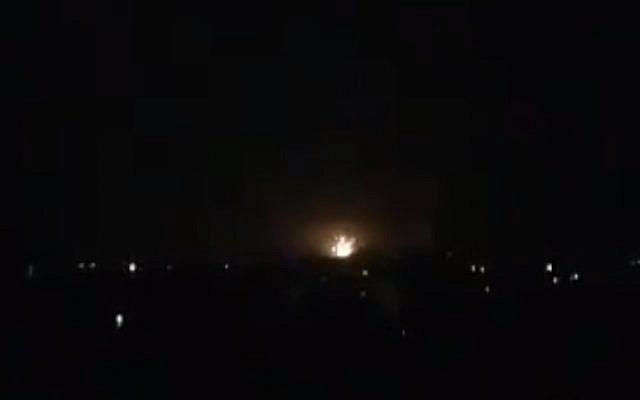 1. On Sunday, Prime Minister Benjamin Netanyahu confirmed that Israel conducted an airstrike against Iranian targets in Syria over the weekend, which he said destroyed a number of weapon caches at Damascus airport. The Times of Israel quoted Netanyahu as saying, “The Israel Defense Forces has attacked hundreds of Iranian and Hezbollah targets. In the past 36 hours, the airforce attacked Iranian depots full of weapons at Damascus International Airport.” Syria’s Foreign Ministry stressed that the Israeli aggression against Syria comes as part of the ongoing Israeli attempts to prolong the crisis in Syria and the terrorist war, and demanded that the Security Council to take prompt action to prevent the recurrence of such attacks. In two letters addressed to UN Secretary General and Chief of the Security Council on Saturday, and published by SANA, the Ministry said that the Israeli occupation authorities, on the evening of Jan. 11, 2019, targeted a number of sites in the vicinity of Damascus and its countryside with missiles launched by Israeli warplanes, in a flagrant violation of UN Security Council Resolution No. 350 of 1974 on the Agreement on Disengagement of Forces between the two sides.

2. On Sunday, at least one civilian was killed in attacks launched by the Syrian regime and pro-regime terrorist groups in Syria’s northwestern Idleb de-escalation zone. The Anadolu News Agency reported that the Syrian regime and Iranian-backed terrorist groups have been firing artillery into villages that are situated inside the de-escalation zone, the parameters of which were laid down in a recent agreement between Turkey and Russia.

3. The Syrian regime ordered the residents of the Tadamon neighborhood, south of Damascus, who were forced to leave their homes, to present a copy of a certified ‘title deed’ by the financial or the government’s Real Estate directorate, to be allowed to return their homes, pro-regime source said. Zaman Al Wasl quoted a Tadamon resident as saying that most of the residents of Tadamon can not provide the documents requested by the regime for many reasons including: the loss of most of the documents and official papers held by the residents or the burning of them by military operations in the area over the past seven years. The regime is deliberately neglecting public services in Tadamon, which has led to a critical shortage that’s combined with a desperate need for drinking water and electricity.