In light of the violent clashes that have broken out between groups in Idleb, the Idleb Free Police have halted work reports Enab Baladi. 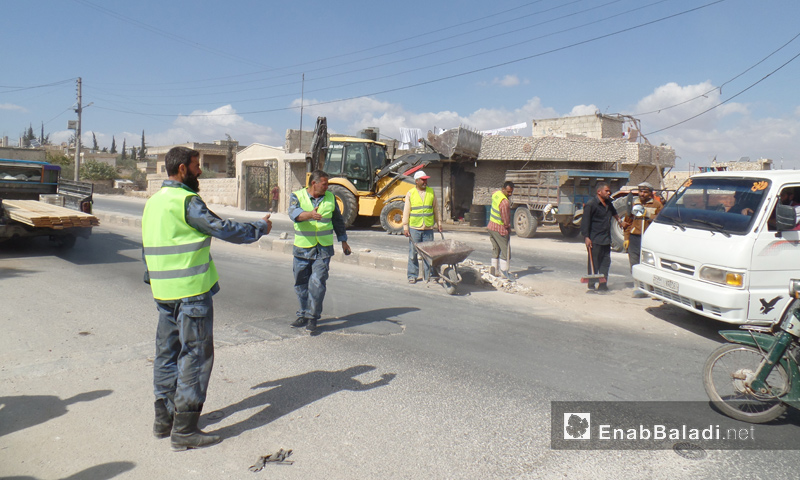 The Idleb Free Police announced they are suspending their work in all their centers until further notice, according to a statement issued on Jan. 10, 2019.

The statement attributed the suspension to “the conditions which have recently affected the liberated areas in which the police are present.”

Ha’yat Tahrir al-Sham made a deal with Ahrar al-Sham and Saqour al-sham, who belong to the National Liberation Front, to put their areas under the full authority of the Salvation Government.

The agreement stipulated an immediate ceasefire and the removal of arms and checkpoints, in addition to an exchange of prisoners from both sides who had been held due to recent events.

Reports circulated on social media that the police’s operations were halted after pressure from the Salvation Government. Enab Baladi tried to contact the police to get details of the decision, but they have not yet responded.

The Free Police in Idleb are considered a community institution founded since the province’s countryside was taken in August 2012. In mid-2014, the nucleus of the Idleb Free Police command was formed, bringing together the dispersed stations in the villages and towns under a single umbrella.

The Free Police had 36 centers divided between two sectors: 18 in the north and 18 in the south. They also have five traffic centers and a criminal investigation office. The number of employees in the two sectors is about 1,200, including officers, non-commissioned officers, defectors from the regime’s internal security forces, and a group of civilians who have worked in the police since it was formed.

The police fought crimes and thefts and resolves disputes, regulated traffic, as well as other services which could be offered to citizens, and generally secured safety in the community.

The Free Police were an independent group that were not under the authority of any agency. In a previous interview with Major Hussein Khaled al-Husyan, the head of the Information Branch in the Idleb Free Police, he said, “We are unarmed community police. Currently in light of the number armed groups there is no role for us in resolving conflicts between these groups, unless they ask us.”