The European Commissioner for Humanitarian Aid and Crisis Management said that of the four million Syrian refugees living in Turkey, 1.5 million of them are children reports Anadolu Agency. 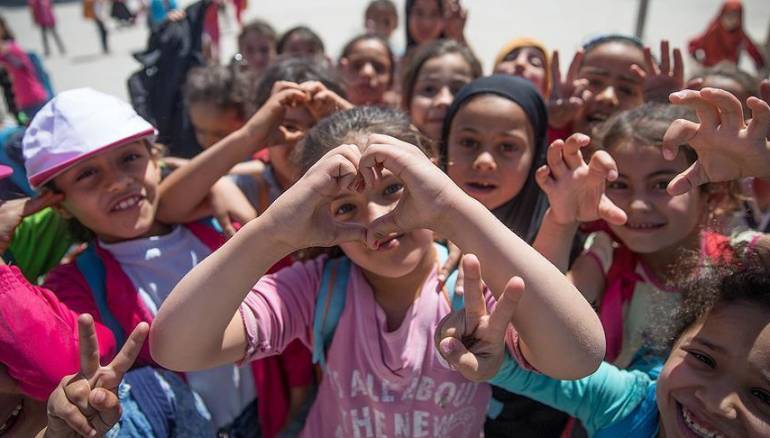 The return of Syrian children, living in Turkey, to schooling, is of the most important parts of the EU-Turkey cooperation, said the European Commissioner for Humanitarian Aid and Crisis Management.

“I’m very proud as European Commissioner to implement EU-Turkish facility. Because we managed to reach a lot of Syrian refugees and in particular, children, and ensure they returned to school,” Christos Stylianides told Anadolu Agency on Tuesday in Brussels following his visit to Turkey.

“And this is for me the most important part of our cooperation,” he added.

On Monday, Stylianides paid a visit to Turkey during which he met the country’s vice president and discussed Turkey’s EU membership process as well as the global migration problem, in particular the Syrians in Turkey and EU fund allocated for them.

In March 2016, the EU and Turkey reached an agreement to stop irregular migration through the Aegean Sea and improve the conditions of Syrian refugees in Turkey.

Stylianides said during his visit he, “talked everything about humanitarian assistance in Turkey.”

Also speaking at the Faces of Turkey: Civil Society event, Stylianides said Turkey hosts around four million Syrians and over 1.5 million of them are children.

He said Turkish non-governmental organizations were playing an important role in the distribution of humanitarian aid to Syrians.

He also underlined that the EU and Turkey were going to keep working together to help people in need.

Membership Process Should Be Used as Tool to Improve Relations

Miltiadis Kyrkos, member of the European Parliament (EP), told Anadolu Agency that the motive behind organizing the event was to show Europeans that Turkey is a multifaceted society.

Kyrkos opened the exhibition at the EP in Brussels, where stalls from Turkish NGOs will be displayed from Jan. 8 to 11, 2019.

He further pointed out the importance of cooperation between Europe and Turkey.

If we mention some issues between Turkey and the EU, we should use the membership process as a tool to improve our relations, Kyrkos added.