The Islamic State have taken responsibility for the gun and bomb attack, which four civilians reports The Syrian Monitor for Human Rights. 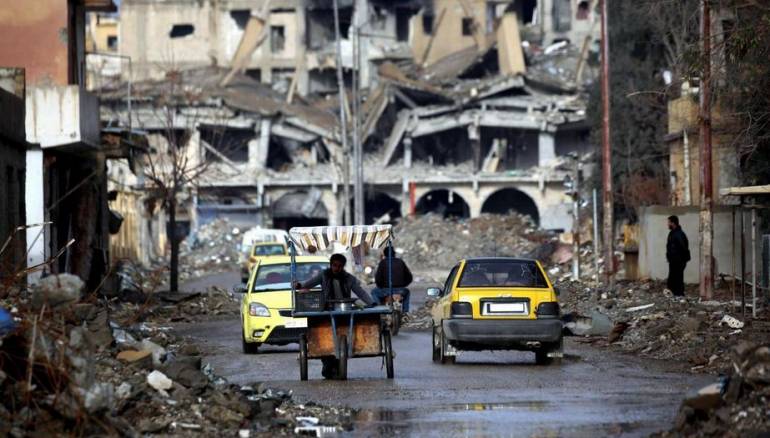 A suicide attacker wearing an explosives belt blew himself up inside a YPG center after opening fire on a security checkpoint.

The attacker blew himself up after entering the center run by the Kurdish People’s Protection Units (YPG), the British-based Syrian Observatory for Human Rights said.

At least four civilians and a YPG fighter were killed in the attack, he added.

The Islamic State (ISIS) claimed responsibility for the attack they said targeted a “recruitment center” for Kurdish forces.

“The attacker aimed at them with a machine gun then blew up his explosives vest in the middle of them” it said in a statement on the Telegram messaging app.

The Syrian Democratic Forces ousted ISIS fighters from Raqqa in 2017, more than three years after the jihadists overran the city and made it their de-facto Syrian capital.