Syrian regime media denied an attack near Damascus airport after reports that explosions were heard in the area reports Al-Araby al-Jadeed. 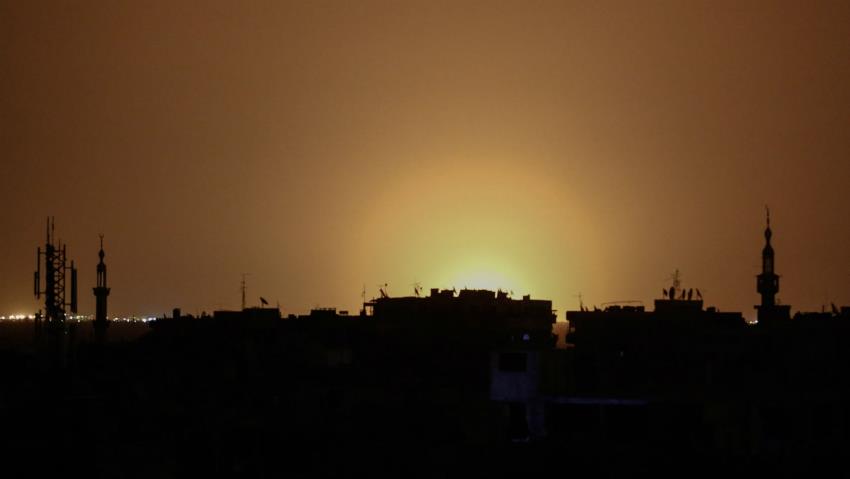 Syrian regime media denied an attack near Damascus airport after reports that explosions were heard in the area. Tags: Syria, airport, blast

On Sunday, Syrian regime media said that air defenses had opened fire near Damascus airport, before withdrawing the report after what appeared to be a false alarm.

But the report was later withdrawn by both SANA and state television without explanation.

SANA then quoted sources at the airport as saying that “there was no aggression” and that “traffic was normal”.

A well-informed source told AFP that “there was evidently a false alarm”.

The Syrian Observatory for Human Rights said the sound of explosions rocked an area close to the airport and fire from air defences was also heard.

The latest incident comes just over a week after Syria accused Israel of striking south of the capital.

The Britain-based Observatory said those were the first missiles to hit Syria since an air defence upgrade after the downing of a Russian plane in September.

Israel has carried out hundreds of airstrikes in neighbouring Syria against what it says are Iranian targets, many of them in the area south of Damascus.

Iran and Russia are the government’s key allies in the civil war that has raged Syria since 2011, and Moscow’s intervention in 2015 dramatically turned the tables against the rebels.

The accidental downing of a Russian transport aircraft by Syrian ground batteries during an Israel airstrike on Sept.17, 2018, killed 15 service personnel.

Moscow pinned responsibility for the downing on Israel, saying its fighter jet used the larger Russian plane for cover, an allegation Israel disputed.

The move raised fears in Israel that its ability to rein in its arch foe Iran’s military presence in Syria would be sharply reduced.