It is believed that the remains of the soldiers were discovered in mass graves in northern and eastern Syria reports Zaman Al Wasl. 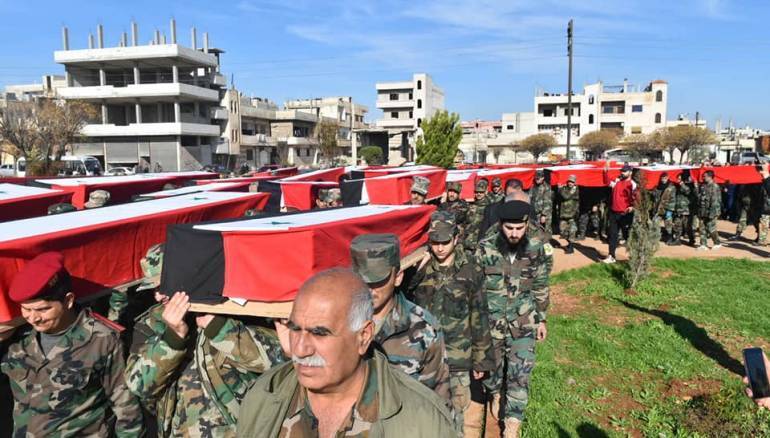 On Thursady, the Syrian regime army buried 31 soldiers and militants in the central city of Homs, media outlets reported.

The Ferdaws Cemetery, or the Tomb of the Unknown Soldier, has become the last home for the unidentified fighters.

Activists said the bodies of the soldiers buried in the cemetery were found in mass graves created by jihadist groups in northern and eastern Syria.

More than 125,000 pro-regime soldiers have been killed in seven years of brutal war, according to local monitoring groups.