US Special Representative for Syria Engagement James Jeffrey has said that if a constitutional committee cannot be formed, the Astana talks should be cancelled reports Asharq al-Awsat. 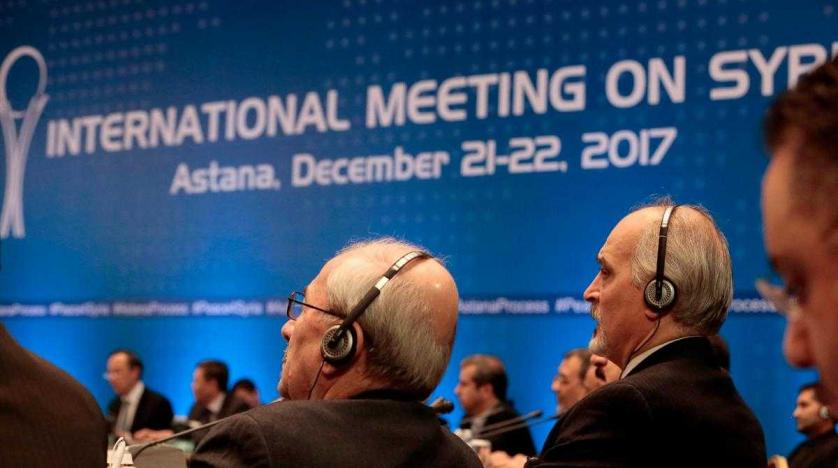 US Special Representative for Syria Engagement James Jeffrey, has called on Russia to exert efforts to convene the Syrian constitutional committee on Dec. 14, 2018, proposing to end the Sochi/Astana peace talks if the committee is not put together.

During a press conference at the State Department Monday, Jeffrey noted that Washington is looking forward to UN Special Envoy Staffan de Mistura’s report to the Security Council on Dec. 14, 2018, describing it as “the key point where we see whether we are going to have the political process moving forward under the UN.”

Following a meeting with representatives from Germany, France, UK, Saudi Arabia, Jordan and Egypt at the State Department, Jeffrey explained that officials reviewed the implementation of a UN-facilitated, Syrian-led, and Syrian-owned political process that would create a permanent, peaceful and political end, in line with UN Resolution 2254. They also discussed the importance of sustaining the Idleb de-escalation arrangements and supporting the UN envoy.

The Special Representative warned that if Damascus is not pressured, the new UN Envoy, Geir Pedersen, and the international community will face a serious issue.

“We were hoping…that the Russians, the Iranians, and the Turks would be able to finalize the third list of members to this constitutional committee, and that was a primary goal of the Astana meeting last Thursday.”

The Representative went on to say that after the meeting, they issued a statement that examined the Idleb de-escalation area, and stressed the importance of a lasting ceasefire, while underlying the necessity to continue the effective fight against terrorism.

However, “they did not take any significant action on the constitutional committee,” but, they stated once again that there is no military solution to the Syrian conflict.

All they did was reaffirm their determination to set up joint efforts to launch the constitutional committee in Geneva, Jeffrey told the press.

He indicated that the officials did not determine a time frame for the committee but rather said it will be set up at “the soonest possible time.”

Asked whether there will be a possible breakthrough in the political process, Jeffrey noted that the situation had been in a stalemate since the Astana/Sochi talks began in December 2017.

“What we’ve seen in the last few months is a ministerial at the small-group level at the UN, putting pressure on the UN and on the Astana group to come forth. Then we saw the Istanbul summit where, for the first time, Russia said that they would try to get this thing done by the end of the year,” however, up till now they say there is no deadline.

He hoped there is a possibility that they will move by Dec.14, 2018 with Mistura.

The agreement on forming the Syrian constitutional committee, which is supposed to include representatives from the Syrian government, the opposition and civil society, was reached at the Sochi talks in January 2018.